Save $100 on PlayStation VR Headsets and Bundles

If you missed it during the Holidays, Sony is slashing the price again on PlayStation VR headsets and bundles for a limited time promotion. Starting Sunday, February 18th and going until Saturday, March 3rd, you can nab a PS VR for as low as $199.99 in the United States. That’s a $100 savings off its usual retail price. 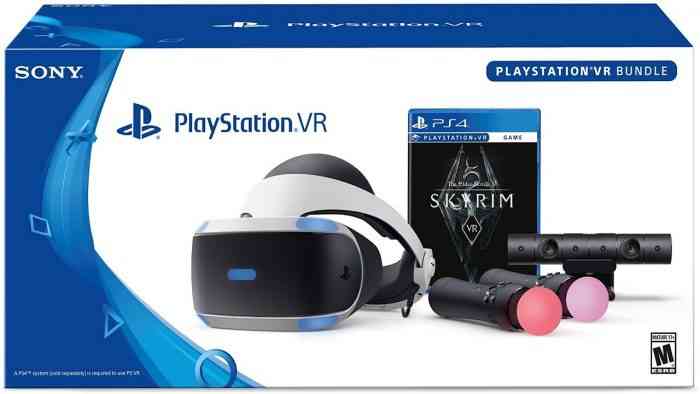 The DOOM VFR Bundle comes with the PS VR headset, the PlayStation camera, the PS VR Demo Disc 2.0, and a copy of DOOM VFR on disc. It costs $299.99 USD rather than its usual $399.99. The Skyrim bundle comes loaded with the headset, the camera, the demo disc, two PlayStation Move controllers, and of course, the Skyrim VR game and all of its official add-ons. It costs slightly more at $349.99 USD instead of its normal $449.99.

The official website also lists the PS VR Gran Turismo Sport Bundle as part of the promotion, starting at $199.99 which contains a copy of the game, the headset, and the camera. Not too shabby at all!

If you’ve been waiting for the right time to pick up a PS VR, then this would be it. You can take advantage of this deal at participating retailers GameStop, Wal-Mart, Best Buy, and Target.

Will you be picking up a PS VR? Let us know down below.