Climb a Crazy 2D Songscape in Octahedron This March

Up, Up and Insane

Vertical platformers are a great way of taking an ancient concept and turning it on its head. Yes, it’s a slight change, but one that has major implications for gameplay. Or you can alter the formula with copious amounts of neon sensory overload. Octahedron does both! 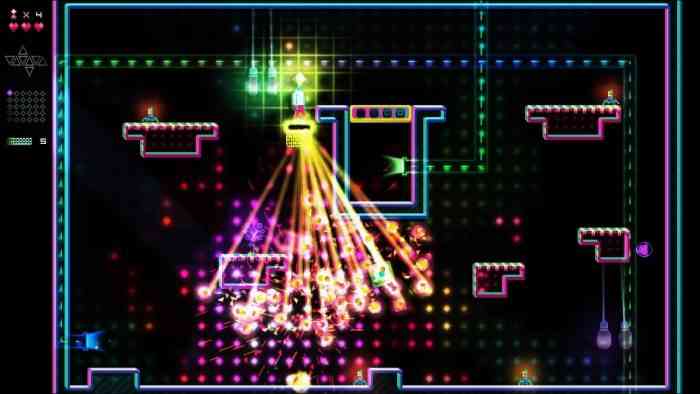 So how do you climb the crazy, pulsating world of Veetragoul? By making your own platforms, of course! Not only does this help you elevate in style, but the act of creation is a rather violent one, taking out any hostile forces gathered below you. The music and the intense visuals all blend with this fast-paced climbing mechanic to make an enthralling yet stressful game. You like a little stress, right? Of course you do. Who doesn’t?

Octahedron has gathered a bit of buzz at the most recent EGX in Birmingham, UK. All the player testimonials suggest this game will be adept at keeping your heart rate up, if nothing else. The release date is set for March 20th, 2018 for the PC, PS4 and Xbox One. In the meantime, check out the trailer below! It’s action-packed with explodey neon nonsense, all set to a thumping EDM soundtrack.