Although it was just released today, Reddit user Najoray has already completed the Assassin’s Creed: Origins New Game+ mode. The secret reward, which Ubisoft has been quiet about, is revealed in the post here.

The reward is the Mythical Warrior outfit, pictured below. 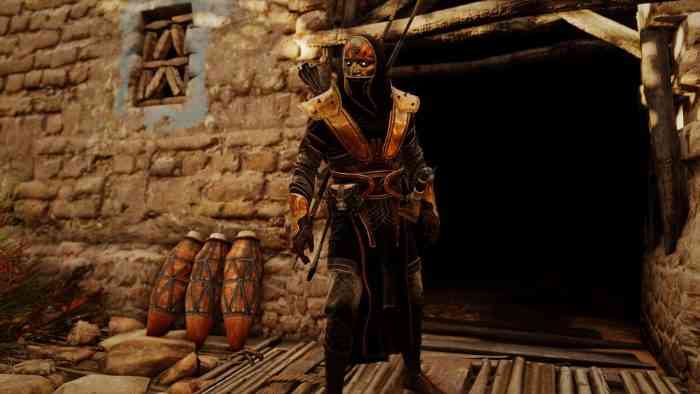 The New Game + mode lets players start the game over after completing the main story while retaining character progression.

Here’s what is carried over:

Elements that are not carried over are:

Along with New Game+, the new 1.3.0 patch fixes minor bugs and adds the Discovery Tour. The additional mode allows players to roam Ancient Egypt without the standard gameplay restraints. Notable locations include the Nile Delta, Sand Sea, and Giza plateau.

“We’ve been in touch with teachers from the very first instalment of Assassin’s Creed games,” said Maxime Durand, Ubisoft Montreal’s in-house Historian. “Many of them already used the games during their History classes but soon came to realize that what they needed was an easily accessible educative tool based in our historical reconstructions.”

Assassin’s Creed: Origins is available for the PlayStation 4, Xbox One, and Microsoft Windows. The Discovery Tour can be purchased separately for $19.99.

Carry Saves Between Platforms With Ubisoft Connect
Next
Survive the Highway to Hell in Double Kick Heroes As It Shreds Onto Early Access
Previous
Twitch Streamer Suing Over CS:GO Suspension