If you ever wanted to understand the potential of high-quality single-player games, you need look no further than Nintendo. If you want to understand the success of seemingly random gimmicks, look further than Nintendo. The Japanese giant announced their hardware and software sales this morning, and the numbers are pretty staggering. But, of particular noteworthiness is the performance of Super Mario Odyssey. 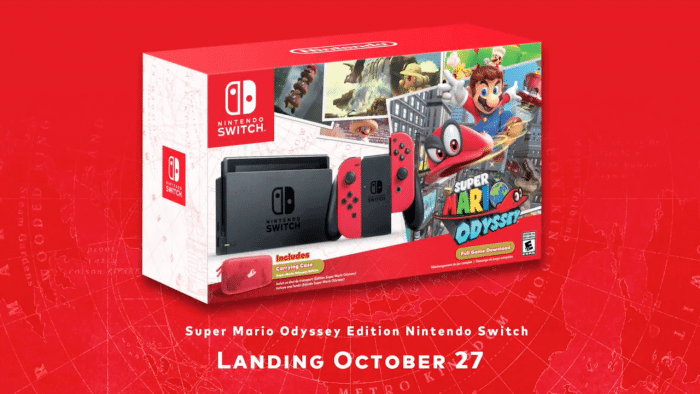 According to Nintendo, 14.86 million Nintendo switch consoles have been sold thus far. Its success in comparison to the Wii U is the most instructive detail about where its popularity lies. Over the course of its five-year shelf life, the Wii U sold 13.5 million units. In nine months time the Switch has surpassed its numbers, which speaks to the hybrid console’s momentum.

But, Nintendo is also raking in the numbers with software. Super Mario Odyssey has sold 9.07 million copies since its October launch. This places it ahead of Star Wars Battlefront II sales across PC, PS4, and Xbox One combined. Odyssey is also Nintendo’s number one title, in terms of sales. Mario Kart 8 Deluxe has done well with 7.33 million units sold. Meanwhile, The Legend of Zelda: Breath of the Wild (2017’s Game of the Year) sits at 6.7 million sold units.

Of course, there’s a lot more on the horizon for Nintendo and its console; expect more first-party games that will propel it forward. Thus far, we have the likes Yoshi, Bayonetta 3, Metroid Prime 4, and re-releases like Donkey Kong Country: Tropical Freeze, Hyrule Warriors, and Bayonetta 1 and 2. Stay tuned for more 2018 updates and release dates.