Check Out the Teaser Below

Fumita Ueda, famed creator of ICO, Shadow of the Colossus, and The Last Guardian, has teased his studio’s next game with concept art that is reminiscent of his past work.

The teaser is quite the sight to behold and appears to have fans already speculating as to what it could be. There’s a curious emphasis on four doves before revealing a young woman being bathed in light that sort of looks like Yorda from ICO. Even more curious is the enormous, monstrous arm to the right. Ueda is well known for including large beasts in his games but exactly what the role will be is unclear. Is the girl being held captive by this giant beast or is it another story about an unlikely pairing that eventually turns into a friendship? Or maybe that arm belongs to King Kong. Who knows? 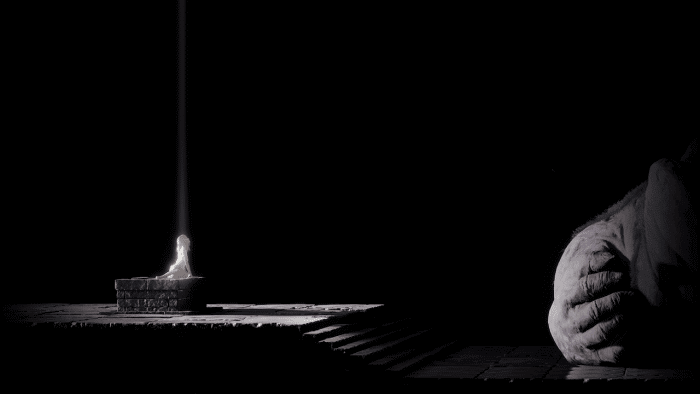 While his previous games were developed at Team Ico under Sony’s supervision, Ueda had left Sony midway through The Last Guardian’s development to form a new studio called GenDESIGN. GenDESIGN collaborated with Sony after he left in order to finish the game which finally released late 2016 after a tumultuous development cycle. The teaser can be found on the company’s website where it was updated for the New Year.

While the teaser doesn’t confirm a new game exactly, there is enough reason to believe that this is Ueda’s fourth game. Long before The Last Guardian was ever revealed, Ueda had released a similar image that showed Trico and a bunch of feathers. It is likely then that this new teaser is for his upcoming game.

It is also worth noting that GenDESIGN isn’t owned by Sony so his next game could potentially be released on a different platform or across multiple ones. Admittedly, it would be strange to see an Ueda game on a console that isn’t PlayStation. Either way, we’re sure it’ll take some time before we have it in our hands.

What do you make of the teaser? Leave a comment below.


“Prepare the Chickens” Says Xbox, In Most Unusual Teaser I’ve Ever Seen

From Red Faction Guerrilla’s Tech Designer, Instruments of Destruction
Next
A New Nintendo Direct May Be Coming on January 11th
Previous
Call of Duty: WWII Has Over 12 Million Players on PS4