Thimbleweed Park and all of its dead body manifesting, hollow, haunted structure mystery madness will be making its way to the Nintendo Switch this fall. Four months into the Thimbleweed Park murder investigation, this remote and rundown town doesn’t seem to be too bothered by the apparition of a dead body under their bridge. Two additional consoles will be able to dig deeper into this mystery and uncover the reasons why nobody cares about the weird undoings very soon. 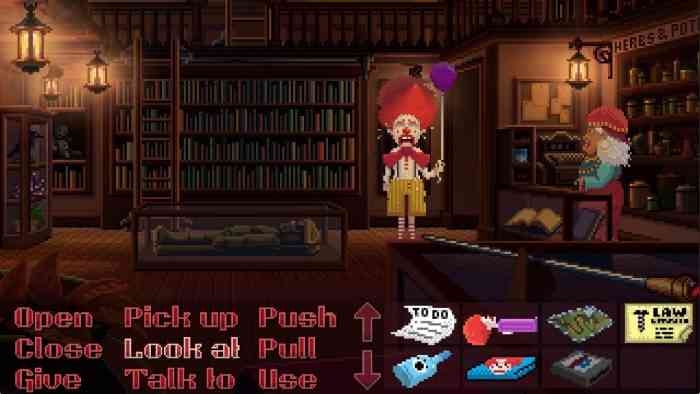 As of now, no release date has been solidified for the Nintendo Switch arrival, but you can expect it to be arriving in the eShop at some point in September. Want to take a look at what it’ll look like? Check out the video below!:

If you can’t wait to quench your thirst for spooky mystery, Thimbleweed Park is currently available for Xbox One, Windows PC, Mac, and Linux. It is currently in development for iOS and Android mobile and tablet devices.