Arrow Heads is an arena game that will have players compete to be the last one standing in feats of combat archery. Unlike Towerfall, this one is played from a top-down perspective where up to four players can engage in local or online arrow-slinging battles. I haven’t tried it yet, but it looks promising if the devs can nail the simplicity of controlling the arc of your aim while moving in a 3D space. 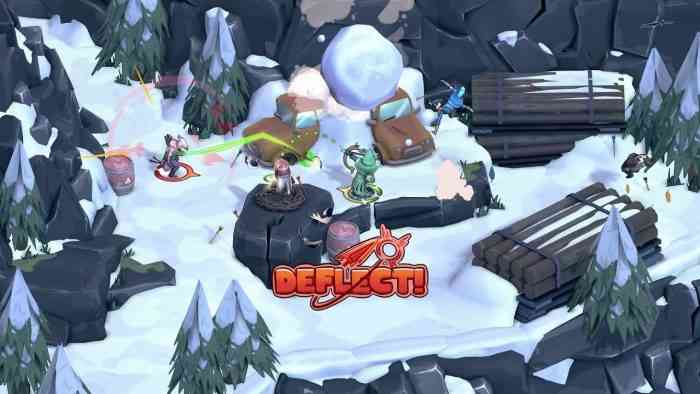 The indie title from Toronto-based developer, OddBird, comes with Arena and Arcade mode. The former is what you’d expect from this sort of party game: archer vs archer combat in a variety of levels with plenty of power ups to flatline foes such as explosive rockets, electric Tesla coils, and bear traps as well. The Arcade mode is more co-op survival-based as it has 1 – 4 players banding together to survive hordes of menacing bears.

Besides that, players can work towards unlocking new archers, bows, and arrows to create their ideal bow-and-arrow badass. The developer confirmed over Twitter that these unlocks will be purely cosmetic, thus, the game will reward skill, above all else. One last thing, there’s a funny mechanic that lets dead players flop about to either stun the living or take an arrow for a friend. I’m always a fan of party game mechanics that keep the KO’d players involved the match somehow.

The indie party game will launch first for Steam on September 21st with plans to eventually release the title on PS4 and Xbox One at an unspecified date. One can only hope that it’ll come to Switch as the multiplayer title looks like a bullseye for the Nintendo system.

Weird West Patch 1.04 Will Introduce A New Game Mode And More
Next
Dead Bodies and Haunted Hotels Manifest in Thimbleweed Park for Nintendo Switch
Previous
British Indie Folk Band Daughter Teams up with Life Is Strange for a Killer Soundtrack