Path of Exile Much Easier to Port to the Xbox One Than PS4, Says Dev

PCs get a lot of games that do not come to consoles; but when a title is ported over, devs find themselves deciding between Xbox One and the PlayStation 4. Seeing as this is not a perfect world, one console very often gets the game before the other. In the case of Path of Exile, it’s the Xbox One. The developer recently explained why. 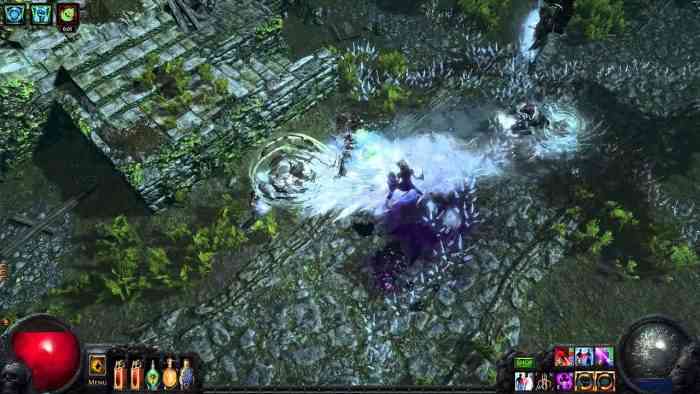 In celebration of Path of Exile’s launch on Xbox One, Grinding Gear Games held a Reddit AMA on the Xbox channel. Several questions were asked and many answers were provided including an explanation for why the game was ported to Xbox One and not PS4. For starters, the Xbox One was easier to port games from PC:

“As a relatively small PC developer, it’s a lot easier to port a game to Xbox than PS4. This is because the APIs and tools for PC and Xbox One are the same. In fact, porting the game to Xbox had a really positive effect on our PC version as all the optimisations we made for Xbox work on PC just as well!”

Despite the ease with which they could port the game, however, cross-play doesn’t seem to be a possibility:

“We don’t plan to add crossplay, sorry. In addition to technical challenges, there are fairness and balance issues that we haven’t come up with good solutions to.”

Additionally, Grinding Gear talked about plans for post-launch updates; among them, the chance of co-op support.

“PvP is not enabled in the Xbox version currently, but we’re looking into this for the future. We plan to run PvE races, which are also competitive.

“There isn’t local co-op support currently, but it’s one of the big things to consider adding in the future now that the launch is out of the way.”

Path of Exiles is available now for PC and Xbox One. Expect 4K support and 60fps once the Xbox One X arrives. Moreover, the devs have expressed a desire to add HDR. We’ll keep you updated with more of the latest.


Path of Exile Won’t Have Prophecies in Next League