An all-new Fate/EXTELLA launch trailer celebrates the game’s arrival on Nintendo Switch and Windows PC, bundled up with deals and goodies galore. Indie publisher XSEED Games will be packing in over 30 DLC costumes and an exclusive ‘Unshackled Bride’ outfit for those eager to grab it for the Nintendo Switch, while Windows PC players will be able to grab the game for 10% off base game price and 20% off of the DLC for the 1st week. 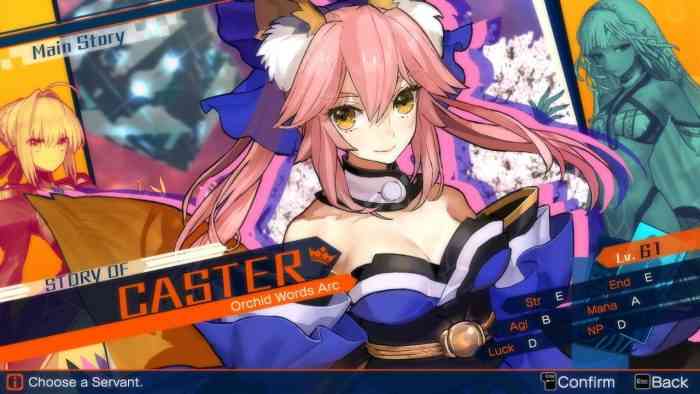 After the game’s grand launch on the PlayStation 4 and PlayStation Vita, Fate/EXTELLA is destined to be a powerful launch for both the Nintendo Switch and Windows PC platforms. The high-octane title is set within the beloved Fate universe filled with gorgeous visuals and large-scale battles. Want to see for yourself? Check out the release trailer showcasing in-game footage in the video below!:

Following the acts of the previous Holy Grail War that played out in Fate/EXTRA, play your part as one of a diverse cast of ancient warriors of legend and imagination, deemed “Servants,” to appease your Masters who have survived the Holy Grail War that took place on the Moon. The all-powerful lunar super computer, “Moon Cell Automator,” watches over a future where champions now battle for dominance over this digital realm. A new battle mechanic called Moon Crux makes its debut in this title, which transforms the player-controlled Servants, granting them new and devastating powers.

Fate/EXTELLA is now available for Windows PC via Steam as a standalone digital release for $49.99, €49.99, and £39.99 and in both physical and digital formats for the Nintendo Switch for $59.99. In addition, XSEED Games will be having a 10% off launch sale for both the base game and a 20% sale for all Fate/EXTELLA DLC from July 25th through July 31st.