Star Trek: New Horizons is the Mod that Keeps on Giving

It’s been a year since Paradoxical Development Group released the Star Trek: New Horizons mod for Stellaris, featuring re-modeled, re-skinned, re-everything for the 4X strategy game. They literally made a new game inside another game. Star Trek inspired quests, factions and diplomacy mechanics were all adjusted to make it the most authentic Star Trek universe within Stellaris. Like if you were negotiating with a Klingon faction – those dudes love war, and they will tell you they love war and they will go to war with you because they love war so much.

So Paradoxical (a play on Paradox Development Studio – the creators of Stellaris) is celebrating its one-year birthday! And how do you do that? By releasing the Anniversary Update that features new quests, factions, ships, buildings – everything! 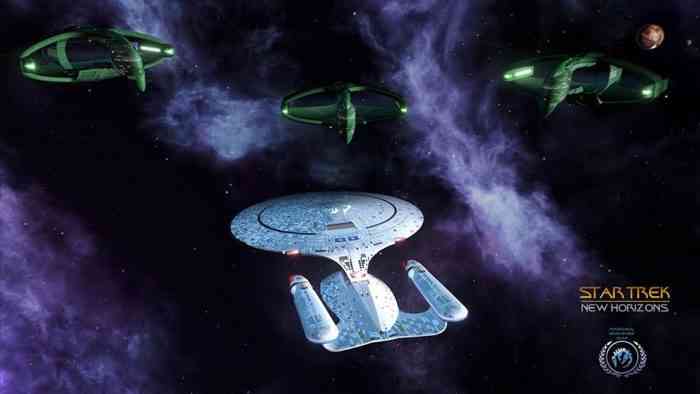 Star Trek: New Horizons is bringing the love to their fan base in a big way with a new crisis scenario: The Mirror Universe! What is the greatest threat to the most powerful force in the galaxy? ITSELF.

Feel like being a xenophobic, bloodthirsty tyrant is too hard, negotiating with all the peaceful alliance DUMB stuff? New Horizons now features an Easy Mode so you can squash all those flower-sniffing wimps under your iron fist. What better news about enslaving, than introducing a slaver-faction called “The Husnock Ascendancy” – these technologically advanced slavers come with a full set of ships and a thirst for blood … wine. It’s just wine, but a spooky scary wine, ooooh!

The update also adds new buildings, a new ship class, unique starship perks for the different factions, localization updates, and faction overhauls – along with bug fixes for those pesky problems that have been bothering you this entire year.

Happy Anniversary, Star Trek: New Horizons! You did it, buddy! You made it!


Logitech Slash Their Prices for Gaming Accessories This Weekend

Stellaris: Nemesis Will Set the Galaxy on Fire April 15th