Single Tweet From The Last of Us Director Breeds Delicious Rumours

So far we know next to nothing about Naughty Dog’s The Last of Us Part 2. Aside from the reveal itself and some promotional art, fans currently have very little to go on and/or analyze. Thankfully. director Neil Druckmann was kind enough to tweet out a single image that is just perfect for creating unfounded rumours. 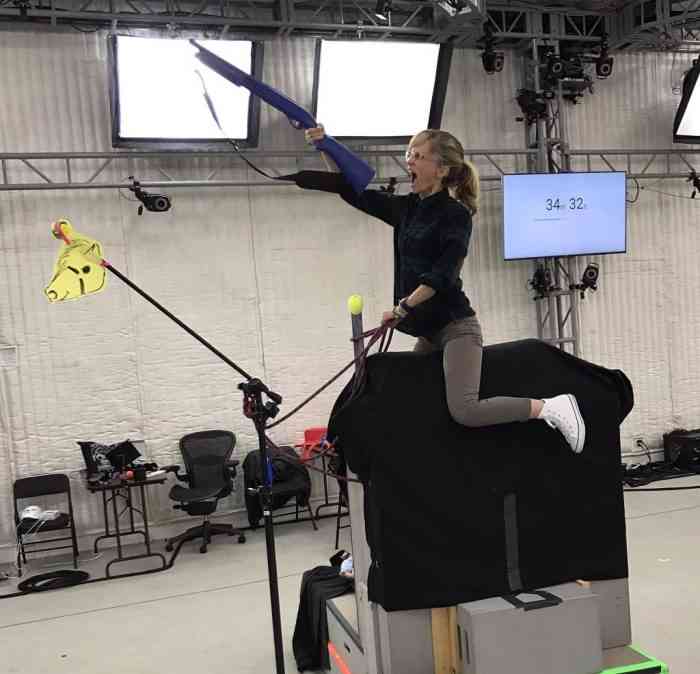 Okay, so the image isn’t exactly stuffed with ciphers and arcane riddles, but there’s still a bit to unpack here. The subject of the image is Part 2’s co-writer, Halley Gross. Gross can be seen riding a motion-capture prop, with another mo-cap tool in her hand. Could this mean horse-mounted combat is in store for Ellie in the next chapter of The Last of Us? Maybe. It’s also possible that Gross grabbed two disparate tools for an eye-catching and slightly misleading teaser image. Either way, she looks majestic as heck riding that stack of boxes into battle.

On the other side of rumour is the fact that Halley Gross is the co-writer for Westworld, another story rich with horseback rootin’, tootin’ and shootin’. Perhaps the charming image above is merely paying homage to her already storied career as a writer. Or maybe neither of these theories is correct, and the prop shotgun is a placeholder for something utterly irrelevant. Such is the fickle nature of idle speculation. What do you think? Are we getting horseback combat in The Last of Us Part 2? Will Ellie and crew be riding around on horse-shaped tanks in a stark departure from the established narrative? Leave your own theories in the comments below!

The Last of Us Part 1 Firefly Editions Get Damaged in Delivery
Next
Will Deep Down Make a Return for E3 2017
Previous
Tomb Raider Movie Gets New Story Details; Huge Spoiler Warning