Conan’s Clueless Gamer Is Getting Its Own Series

In case you are not familiar with Conan O’Brien, first off, you need to rethink your life; next, start watching him asap. Besides the fact that he is an outstanding and lovable comedian, he delivers the funniest set of ‘reviews’ that make no sense. We’re talking game ‘reviews’ from his popular series Clueless Gamer. In the show, Conan provides commentary alongside a guest celebrity, as he does his best to navigate whatever game he’s playing. Usually, it’s a triple A Title. His most recent ‘reviews’ include Final Fantasy XV with Elijah Wood and Battlefield 1 alongside Terry Crews. Originally a segment from his Late Night with Conan O’ Brien show, it seems Clueless Gamer will be getting its own episodes. 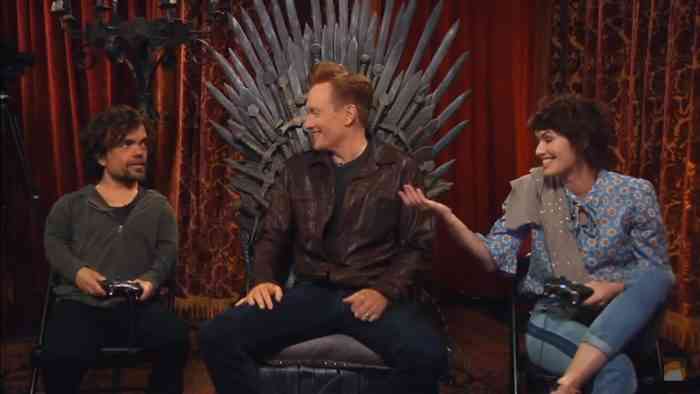 It started out as rumors saying Conan might shift from a nightly to a weekly series. But TBS President Kevin Reilly recently clarified the matter to The Hollywood Reporter; instead, aspects of the show are being reorganized. Since the comedian’s YouTube uploads consistently go viral, Reilly stated: “We’ve gotten to the point where video game companies are sending us their new product for us to play and make fun of because it’s been such a huge success. We’re going to go into production on a series of that.”

Because Conan understood that platforming on YouTube would be a major key to the show’s success, he has reached a wide demographic. The 18-49 age range that watches Clueless Gamer has contributed millions upon millions of views to his YouTube Channel, with his latest Final Fantasy XV video reaching over 4 million. Hence, the segments transcendence into its own series. So we might be seeing even more games fall hysterically under O’Brien’s criticism.

Conan represents another late night talk show host who’s resonated with fans via YouTube, second in popularity to Jimmy Kimmel. An exact release date for his new series has yet to be announced. Whether it will stay in the YouTube medium or be carried to television, we don’t know. But we’ll keep you updated at COGconnected. And whether or not you’re a clueless gamer, feel free to share your thoughts on Conan getting a new series. Happy gaming.

So, Apparently You Didn’t Need to Attack to Beat Elden Ring
Next
Super Mario Land Now Playable in Super Mario Maker
Previous
Rogue One and Other Toys That Could Have Been