One thousand purchases in one day, without any press. Mixed Realms, a Singapore based indie game developer, built a loyal following within days of releasing its action-packed VR title, Sairento VR. The ultimate combination of sword and gun, this hybrid RPG sets the player in futuristic Japan. No other title builds off of fast-placed gameplay in conjunction with slow-mo executions. Just watch the gameplay video that was recently released:

Game is still in early access, created to deliver the most engaging and visually stunning first-person sword-fighting and gunplay immersion. You assume the role of a futuristic ninja to take on scores of enemies. So many features: upgradeable weaponry and skills, innovative game play, intuitive controls, mission based levels, menacing enemies and beautiful environments in the fight to restore order

So far, the game has a 98% positive rating. Sairento VR’s unique graphical style has enraptured many a player, and provides on of the best experiences utilizing virtual reality. 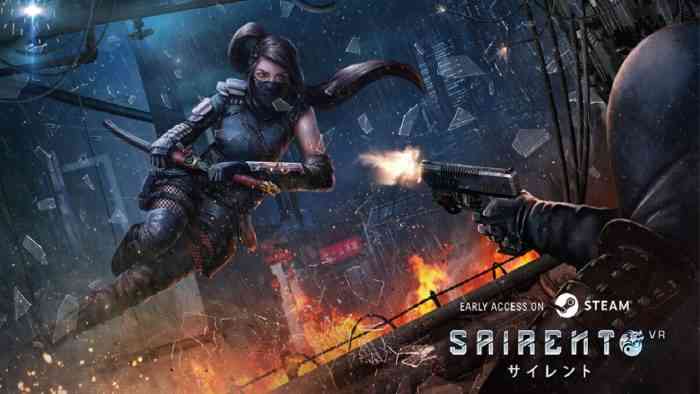 “We wanted to treat players to an exhilarating and visceral VR experience, from being able to perform double jumps to taking down foes in a ballet of slow motion gunplay,” said Chalit Noonchoo, Creator and Lead Developer of Sairento VR.

With so many positive reactions to the game, Mixed Realms is motivated and geared towards a full release in late 2017. Moving forward, they’ve assured the fans and future fans of more levels, improved gameplay, improved graphics, a complete storyline, and more enemies. We may ultimately receive the closest thing to The Matrix possible, and who doesn’t want that? Time will tell how much better VR games will become, and how likely this one is to be released for Oculus Rift or PSVR.

If you wish to download Sairento VR on Steam, click here. To learn more about Mixed Realms and Sairento VR, visit their website at www.mixedrealms.com. And for more of the latest on gaming, keep up to date with COGconnected. Happy gaming.

Rock Of Ages 3: Make & Break Is Available Now
Next
Amazon Digital Day Is Coming; Save 50% off on SO Much
Previous
Bethesda’s Pete Hines Pokes Fun at Elder Scrolls VI Prediction