Well, it looks like someone pulled the plug on a big announcement just a wee bit too early over on the Xbox Store today. As part of the Black Friday sale listing over on the Xbox Store it shows that both Call of Duty: Modern Warfare 3 and The Elder Scrolls IV: Oblivion are to be made backward compatible for the Xbox One. Of course, both of these are big games and there’s been no announcement on the part of Microsoft whatsoever. They are unplayable at the moment but if past experience tells us anything (see Skate 3 last week), they’ll very likely be available this afternoon or in the very near future. 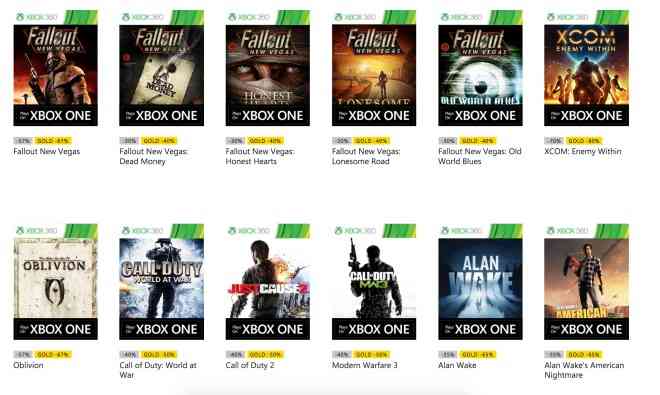 Here’s where the kink in the story comes in… as quick as this was discovered it was kiboshed by the Major himself over Twitter and cited as an error.

That’s a pretty odd error to make and the more likely story is someone’s getting fired, Larry is toeing the company line, and that an announcement is imminent. While we do have to exclaim rumor at this point we can look to history and get a good idea that MW3 and Oblivion are imminent arrivals to Xbox One backward compatibility.

Seeing as both of these games are highly requested it makes sense that Microsoft might want to make more of a deal than a Black Friday sale listing. Keep it locked to COGconnected for more information on this as we have it.