Do you remember Voodoo Vince? If you owned an OG Xbox then you very likely due. A bit of a cult favorite for its time when it released way back in September 2003 the little burlap voodoo doll faded into obscurity. He blames Sackboy for taking all the love away but hey, LittleBigPlanet IS pretty amazing.

As mentioned, this quirky puzzle platformer set in the magical underbelly of New Orleans was only playable on the original Xbox — a sad fact that has forced it into obscurity as the years passed. Until now… or in 2017 at the very least.

Resurrected by its creator Clayton Kauzlaric’s independent studio Beep Games, Inc., Voodoo Vince will rise again early next year in Voodoo Vince: Remastered, a high definition Xbox One re-release. Plus, for the first time ever, Vince will make the leap to Windows, so even more nostalgic fans and curious newbies can join in on his crazy bayou adventure. 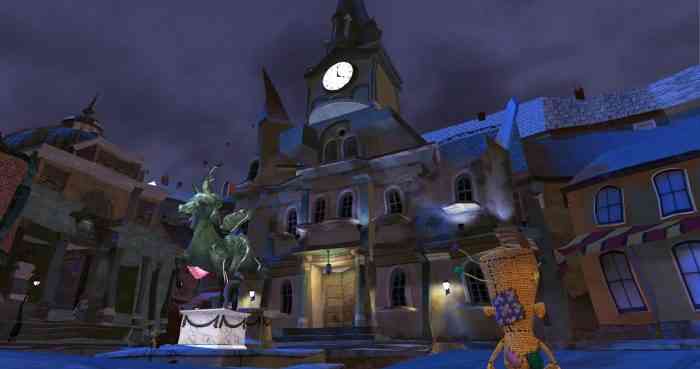 If you own a voodoo doll, you get to tap into its strange, mysterious powers. But if you *are* a voodoo doll? That’s when things get really fun.

Join Vince on a wild tear through crawfish-laden swamps, haunted graveyards, and the eccentric French Quarter in search of his missing keeper, Madam Charmaine. Show enemies whose *really* boss with 30+ voodoo attacks involving falling safes, prickly pushpins, bolts of lightning, and more. Vince may get his butt kicked, but his opponents feel the pain!