Castles Arrives on Xbox One With Catchy Tunes, Gorgeous Visuals & Over 50 Levels

Castles Drops on Xbox One

Published by BadLand Games, Castle’s story-driven puzzle action, bright colorful graphics, and catchy soundtrack are sure to delight puzzle fans in the mood for some high-stakes competition.

In terms of the storyline, one evening, King Harold was reading a travel magazine about the “Wonders of the World” and marveled at how various monuments brought glory to different kingdoms. With elections coming up, King Harold needed something big to keep the throne. Inspired by the magazine’s monuments, he summoned the kingdom’s best builders to construct the tallest tower anyone has ever seen, and it’s your job to control them! 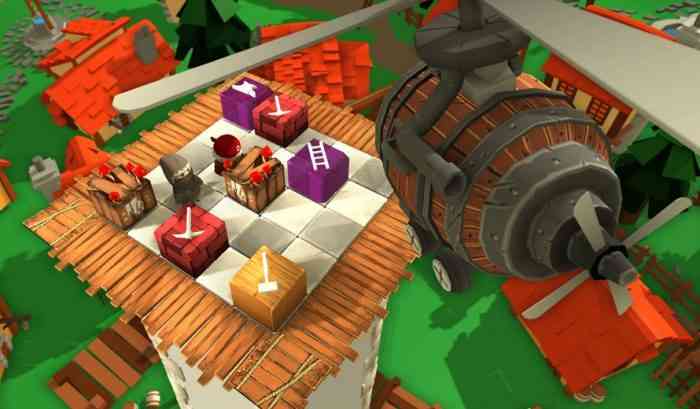 In Story Mode, you’ll take on 50 levels to try and build King Harold’s tower. Blocks made of different materials and labeled with a variety of construction tools will fall onto a 5×5 grid. Push and match three or more blocks of the same material or tools to complete level goals. Don’t take too long or the blocks will fill up and stop the work to a halt! Finally, you’ll also have to face off against tough weather conditions and five bosses sent by jealous rival King Edmund …

With three modes to choose from, the building action doesn’t stop there: