Turtle Rock Studios, best known for their hit games Left 4 Dead and Evolve, is teasing something on their Evolve website.

There is no arguing it has something to do with Evolve and there is a countdown which expires in a couple of days.

The only detail offering a hint at what the tease may be about is the inclusion of the hashtag #StageUp. 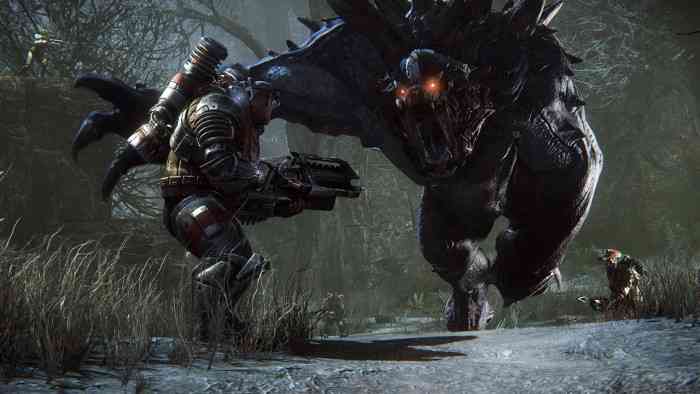 The official Evolve twitter feed doesn’t mention the countdown, other than a retweeting a tweet from @TwitchTV_ProdX pointing to the countdown.

Despite some of the lackluster reviews, Evolve publisher Take-Two revealed that Evolve had sold about 2.5 million copies. Solid sales for sure but good enough for a sequel? Maybe the tease is pointing towards some kind of expansion. We have no clue what this countdown could be leading to, so we’ll have to find out in a couple of days.

We reviewed the game last year calling it a evolutionary error. Ouch! This is what we said:

“Evolve was tough to review – a true rollercoaster of emotions. While it’s high points are among the most fun I’ve had in recent memory, its problems and low points ultimately win out. If you have a solid group of five you can count on to play with at all times, Evolve might be worth a look. With some balancing, I could even see Evolve becoming quite popular among the hardcore e-sports types. For the rest of us who just want to jump in and have some fun, I’d recommend looking elsewhere.”