Power the thrusters and take a seat in the captain’s chair as Into The Stars, the space simulation game from Iceberg Interactive and Los Angeles-based independent video game developer Fugitive Games, departs Steam’s Early Access program today.
To celebrate the release, a compelling cinematic trailer has been created that highlights the peril of mankind and the vicious nature of their foes, the Skorn. Watch the trailer below!

With official launch, Into The Stars adds new missions, updated content and an exploration mode for an even more robust gaming experience. Additionally, German, Spanish, Italian, French, Russian and Polish languages have been added, as well as Steam Achievements and Trading cards.

Into the Stars is an open-world space survival simulation that utilizes Unreal Engine 4 to immerse players in a massive star system as they take on the role of Captain and navigate deep space in search of a new home for humanity. With each journey, players will outfit their ships, hand pick their crew and set off on a voyage where they must scavenge resources, shelter civilians and outrun a hostile alien force in order to survive. 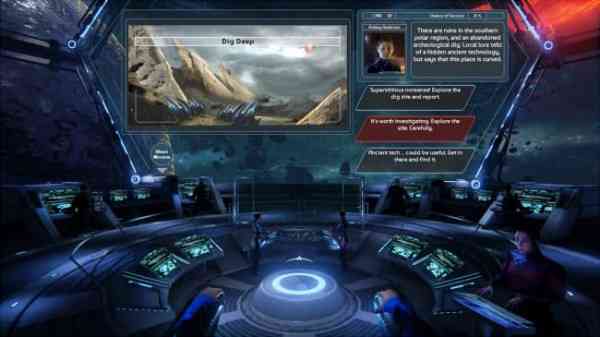 “Into the Stars has used the Early Access process to the fullest, leveraging community feedback and numerous updates to fine tune the gameplay experience”, says Ben Jones, development director at Fugitive Games. “With a massive, vibrant universe to explore, Into The Stars provides players with hours of discoverability. Each time someone plays, their strategy skills will be tested by facing incredible obstacles and unique situations from the surface of foreign planets to the hulls of derelict ships.”

The debut title for Fugitive Games, Into The Stars has already earned critical acclaim by receiving the Best-in-Play award at the 2015 Game Developer’s Conference. Into The Stars also raised 130 percent of its target goal on Kickstarter and features a captivating soundtrack from legendary composer Jack Wall (Call of Duty, Mass Effect).

Update 0.2 Released for Into The Stars