Epic Games has announced their plans for IndieCade Festival 2015, happening October 23-25 in Culver City, California. Three teams will give a taste of what they have in store for 2016 and beyond in the Unreal Engine booth:

Icon: Disc Jam by High Horse Entertainment, the newest title, is a competitive multiplayer mash-up of air hockey and tennis, with devastating abilities thrown in for good measure. Check out the announce trailer breakdown, and vote for it on Steam Greenlight. Behind the new Icon series are two developers who’ve spent a combined 17 years shipping games in the Call of Duty, Guitar Hero and Tony Hawk series. This will be the first chance for the public to play Icon: Disc Jam.

Into the Stars by Fugitive Games, a Kickstarter project and on Steam Greenlight, is coming to IndieCade with a brand new build featuring two major additions to the game. Crafted by four developers hailing from the likes of DICE, Capcom and SCEA, Into the Stars has been described as “Oregon Trail meets FTL in an open world.” Fun fact: The game has been made almost exclusively with UE4 Blueprint visual scripting (that’s right, no coding).

Rising Thunder by Radiant Entertainment rounds out the menu. Launching an open alpha only a week after its reveal at Evo 2015, Rising Thunder’s creators are Seth Killian, formerly of Capcom and SCEA, well-known for his accomplishments on the Street Fighter series; Brock Feldman, engineering fighting games for over a decade; Tom Cannon, founder of the Evo Championship Series, and Tony Cannon, who developed the GGPO tech found in the netcode of many popular fighting games. 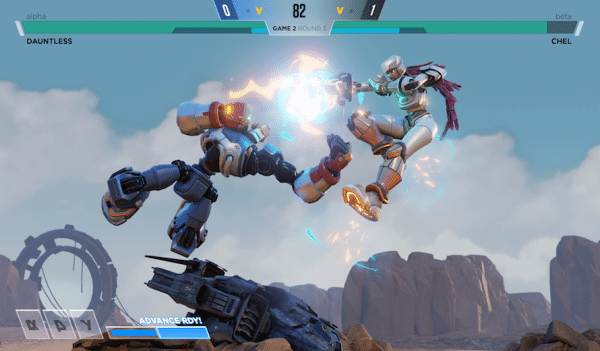 “It’s great to see these small teams deliver highly polished games, all in different genres,” said Joe Kreiner, Epic’s head of licensing for the Americas. “I’m looking forward to playing the games, and look forward to talking with lots of awesome developers.”

Anyone interested in chatting with Epic, and playing the above-mentioned games and meeting the creators behind them, is invited to stop by and hang out.

Also, Planet Alpha 31 by Adrian Lazar will be playable in the SideFX booth. Lazar was one of the first Unreal Dev Grant recipients due to his work on the game, which snagged three Indie Prize awards at Casual Connect Singapore during its first public showing.