Warner Bros. Interactive Entertainment and WWE have announced that WWE Immortals for iPhone, iPad, iPod Touch and Android devices will now offer a new character – Mortal Kombat X’s Johnny Cage. Now through Oct. 29, players will be able to unlock the crossover character in a Challenge Mode by completing a series of laddered fights with Johnny Cage himself as the final boss. For those who want to immediately add Johnny Cage to their roster, the Johnny Cage Early Access Pack is also available now through Oct. 22, for players to purchase from the in-game store.

WWE Immortals continues to add new playable characters to its existing roster with the monthly unveiling of additional WWE Superstars. The game has more than doubled its roster since its launch in January 2015, and currently offers 50+ WWE Superstars, Divas and more. The new update, which is available now, also includes booster packs that give fans the opportunity for a quick boost with Silver and Gold level Starter Packs, or a sneak preview of future updates with one of the Early Access Packs. 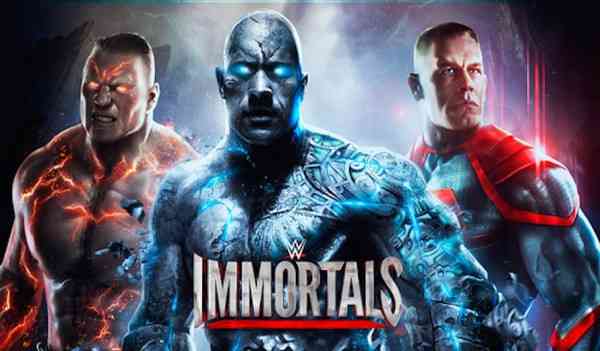 WWE Immortals is a free-to-play mobile game that combines intense fighting action with collectible card strategy. Developed by NetherRealm Studios, creators of the best-selling Mortal Kombat franchise and Injustice: Gods Among Us, in conjunction with Phosphor Game Studios, the game takes place in an alternate universe where fan’s favorite WWE Superstars exist as hyperbolic versions of themselves, with supernatural powers and even more over-the-top moves.

WWE Immortals is available for download on the App Store and Google Play.