The countdown to launch has commenced for the Early Access departure of Into The Stars, the space simulation game from Iceberg Interactive and Los Angeles-based independent video game developer Fugitive Games.

Into The Stars will blast off from Steam’s Early Access Program and officially launch on March 4 at an SRP of $19.99.

To mark the occasion, Into The Stars is available this week at 33% off during its final sale in Early Access. Those interested in playing Into The Stars can download the game at http://store.steampowered.com/app/360510/. 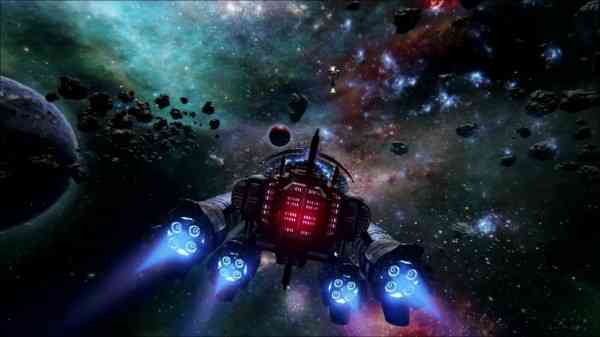 Into the Stars is an open-world space survival simulation built in Unreal Engine 4 that has players take on the role of Captain as they explore a massive star system in search of a new home for humanity. With each journey, players will outfit their ships, hand pick their crew and set off on a voyage where they must scavenge resources, shelter civilians and outrun a hostile alien force in order to survive.

“Since launching into Early Access we’ve received solid feedback from the gaming community, and with their help we’ve fine tuned Into The Stars’ massive world to provide a compelling experience,” said Ben Jones, development director at Fugitive Games. “With distinctive gameplay and replayability that will challenge players for hours, we think the final version of Into The Stars will thrill those who supported us through Kickstarter and Early Access, as well as anyone discovering the game for the first time.”

The debut title for Fugitive Games, Into The Stars has already earned critical acclaim by receiving the Best-in-Play award at the 2015 Game Developer’s Conference. Into The Stars also raised 130 percent of its target goal on Kickstarter and features a captivating soundtrack from renowned composer Jack Wall.