It’s no secret that the release of Bombshell met with less-than-favorable reviews. Our own Nick Plouffe was one of the critics with reservations about the game. Now, Games publisher 3D Realms and indie game development partner Interceptor Entertainment are addressing that feedback by offering the first DLC completely free of charge, included in the first major game update since the game launched late January.

“We wanted to show our appreciation for the fans that stood by us from day 1 with Bombshell,” said 3D Realms CEO Mike Neilsen. “The game wasn’t perfect at launch, but our partners at Interceptor remained committed to creating fun and memorable experiences in their games – and that’s an ideal 3D Realms supports.”

Plus, to give you a chance to check out the game, Bombshell is on sale for 33% off the $34.99 price all this week, and is available for purchase on Steam, GOG.com, Green Man Gaming, and the Humble store. 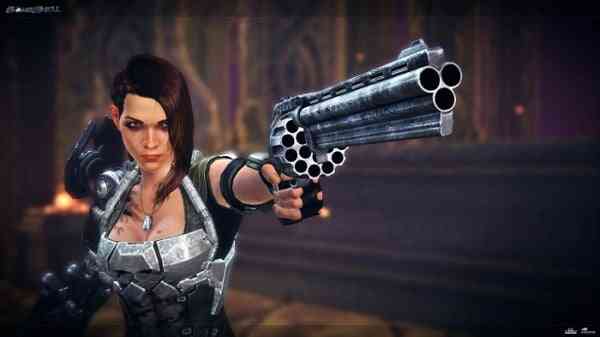 Addressing the mixed critical reviews at launch, Interceptor Entertainment’s CEO and Creative Director Frederik Schreiber said “It’s true, games press was hot or cold with respect to Bombshell. But the game has a ‘Mostly Positive’ user rating on Steam right now, fluctuating between 70-75%, and it’s a relief to see gamers responding more consistently positive. We made this game for gamers, not the critics.” He went on to add, “Bombshell is a game we’re proud of. And it’s an even better game with 1.1, as we’ve addressed most of the fair and consistent criticisms the game received at launch.”

The included Free DLC is known as “Shellshock Missions”, and is accessible from the Main Menu. These are retro / arcade style missions that exist completely separate from the core campaign. They pit players against challenges like, killing all enemies using only Abilities, or clearing a zone within 3 minutes. For a more complete list of the changes in 1.1, visit the Bombshell forums .

Ion Fury Review – A Bombshell Blast From the Past

Bombshell Review – Easy on the Eyes, Horrible in Every Other Way