Last week, Jay showed up with some shocking news – the world was in some serious danger.  The team – and the show’s viewers – were forced to wait until this week to find out exactly why and how.  What news did this mysterious stranger from another dimension have to tell S.T.A.R. Labs?  Let’s take a look at this week’s episode and find out.

Jay Garrick, as the stranger is apparently called, says he is from a parallel Earth-like world, and over there, he is The Flash.  His biggest nemesis is Zoom, another Metahuman like The Flash…es, except that Zoom is apparently the most super-meta of them all.  Plus, unfortunately, he is also a total jerk. Jay has come to this Earth through the singularity above the city to track down Zoom, but he has found that his powers are greatly reduced here, so he is not nearly as Flash-y as he is at home.

Listening to all of this, Barry is not at all impressed.  He has been burned before by trusting people, and he is determined to protect himself from now on.  No matter how nice a guy this Jay seems to be, Barry is not having it.  The rest of the team, however, is open-minded – they just want to put Jay through a long series of grueling tests before they make their decision – you know, just to be sure. 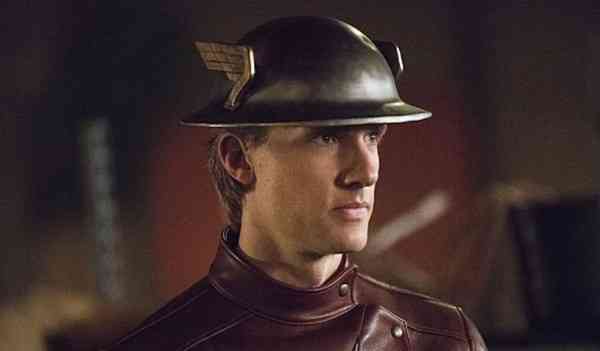 For his part, Dr. Stein tries to explain to the rest of the team how Jay could be telling the truth, showing them really smart-looking math formulae and drawing a really cool diagram of what looks to be a wormhole between two parallel worlds.  This part was unintentionally hilarious to watch, as Dr. Stein does the science equivalent of using puppets to explain basic physics to a team of supposedly scientific people – “This is Earth 1.  Over here is Earth 2…”  Finally, painfully, they start to accept that parallel worlds are theoretically possible, and Jay might not be a total lunatic.

Meanwhile, the Zoom that Jay warned about shows up on … Earth 1, and brings with him an associate who can change into sand at will – the Sand Demon.  He goes to work immediately and tries to kill Barry, but fails, leaving behind some handy sand residue for Cisco to study.  It turns out, The Flash (Barry, not Jay) can use his speed to generate electricity, that can be thrown at the Sand Demon and turn him into glass.  The problem is, he is not quite skilled enough yet to direct where his energy aims – that will involve training with none other than Jay.  Uh oh – it seems Barry is going to have to get over his trust issues real quick.

Barry’s stubborn streak in this episode is a bit tiresome – I mean, yes, I get that he is wary now, after having trusted the man who killed his mother for months.  But Jay just doesn’t give off a “devil in disguise” vibe in any way, and he literally bends over backwards to prove his good intentions to the team, with a series of grueling physical and mental tests.  A big theme in this episode – and the season – is Barry’s healing process, learning to trust people again after his experience with Harrison Wells.  In this episode, he makes some critical steps forward, and eventually puts his trust in Jay. 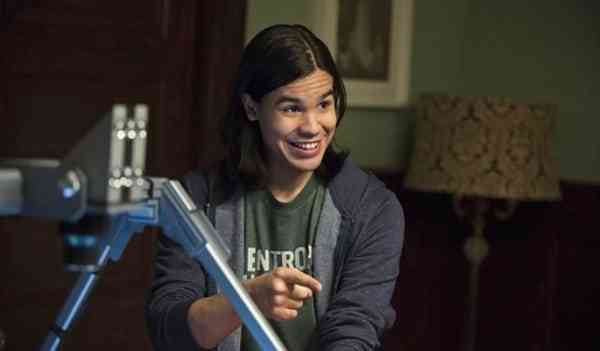 That new trust is put to the test when the Sand Demon kidnaps Patty Spivot, who has been desperately trying to join Joe West’s team.  For Barry, things are personal now, as he and Patty have been throwing off a lot of sparks in the episode.  With Jay’s help as a diversion, Barry is able to turn the Sand Demon into glass and smash him like a crystal vase.  This final climax is a bit underwhelming, as there seems to be little suspense as to whether Barry will win.  This is merely the warm-up for the greater confrontation coming with Zoom – which we can guess, will come by the Season Finale.

One huge plot development in this episode is Cisco’s growing awareness of his mental ability – he is able to “visualize” Patty’s location when he makes contact with the Sand Demon’s sand particles.  Cisco has shown signs of this ability before, but it seems that his powers are clearly becoming more important to the show.  We’ll have to see just how much Cisco’s powers come into play in the future – as will the rest of the team, as Cisco asks Dr. Stein not to tell anyone about it.

“Flash of Two Worlds” was an important episode to the ongoing story arc of the second season, but it was not the most exciting episode to watch.  The Sand Demon never posed a real threat to the team, and merely provided a vehicle by which Barry could learn to trust others enough to move on.  Jay is important as well, as an ally in what is clearly going to be one hell of a fight with Zoom before this season is over.  I like how the show’s writers are keeping Zoom under wraps somewhat – his air of mystery and unknown menace makes for a truly intriguing nemesis for Barry and the team to face.  And it looks like their troubles are only beginning, as Dr. Stein and Cisco discover 52 more portals to the Other Earth.  Damn.  Expect to see a LOT more alternate-reality-type bad guys planning extended vacations on Earth 1 in the coming weeks.