The Demon Lords have arisen!   Word is that Perfect World Entertainment and Cryptic Studios will be launching Neverwinter: Underdark – the eighth expansion of the action MMORPG set in the Dungeons & Dragons’ Forgotten Realms universe from Wizards of the Coast – on Nov. 17 for PC and Xbox One in early 2016. According to the companies, this expansion will send players into the vast subterranean region of the Underdark to battle in a 10-player encounter with the two-headed Demon Lord, Demogorgon alongside Drizzt Do’Urden.  Sounds intense! 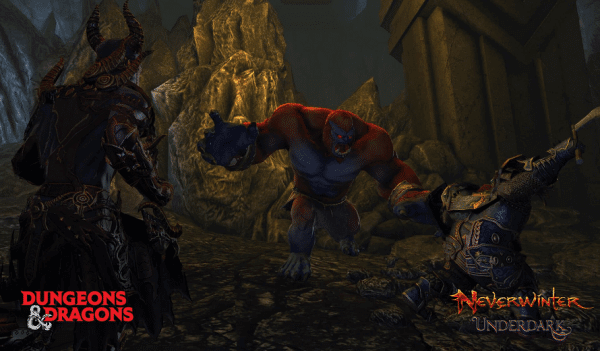 Featuring an all-new campaign as well as a questline written by New York Times Best-Selling Author, R.A. Salvatore, Neverwinter: Underdark will apparently dare players to descend into the Rage of Demons storyline from Wizards of the Coast, adding even more content to explore throughout the Forgotten Realms. Players will also wage battle against the two-headed Demogorgon alongside classic Dungeons & Dragons characters including Drizzt Do’Urden, Regis and Bruenor Battlehammer. In addition to the new raid and story content, Neverwinter: Underdark introduces a dynamic, replayable content, the ability to visually preview gear as well as a new Strongholds plot location and PVP tower.

Neverwinter is a free-to-play action MMORPG that features fast-paced combat and epic dungeons. Players explore the vast city of Neverwinter and its surrounding countryside, learning the vivid history of the iconic city in the Forgotten Realms and battling its many enemies. Neverwinter is currently available on PC and digitally for Xbox One, available free-to-play with Gold* from the Xbox Games Store. If you want to know more about the game, check out the official website.


Get Ready For A New Breed Of MMO With Bitcraft