It sounds like an Indie-Dev dream come true.  Apparently, Australian developer Matt Trobbiani has quit his job and gone full-time indie after Hacknet, the terminal-based hacking game he built in his spare time, grossed more than $650,000 in his home country in its first 10 weeks. And, to celebrate, he says that the soundtrack to the game has been released for purchase today.

The soundtrack, featuring underground artists such as Carpenter Brut (Hotline Miami) and Rémi Gallego (of the heavy metal act The Algorithm), is now available to purchase via Steam and Bandcamp for US$9.99.

Also, gamers who have not yet picked the title up have an opportunity to get a 25% discount on the game and soundtrack in this week’s Midweek Madness promotion on Steam, live now until 10:00am PST Friday 23 October, 2015.

Hacknet is a terminal-based hacking game using real UNIX commands and abstractions of real hacking processes. It has received positive feedback from those who have played it, including our own Lucas Raycevick, whose Hands-On Preview you can read here. 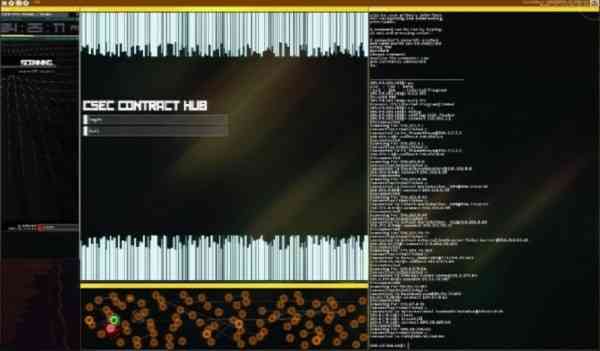 Trobbiani, aka Team Fractal Alligator, developed Hacknet over the course of three years in the spare time from his job developing military simulation software. Picked up by Australian indie label, Surprise Attack Games, it launched on PC on August 12, 2015. Trobbiani is now dedicated 100% to supporting and expanding the game. Support for Mac and Linux is expected by end of the year whilst his development wish-list includes mod support, localisation and a discreet competitive multiplayer mode.