With Guitar Hero Live now in players’ hands around the world, the community has welcomed GHTV with open arms. Here are the top 10 songs in GHTV played on-demand by fans for the week of October 20th – 26th. 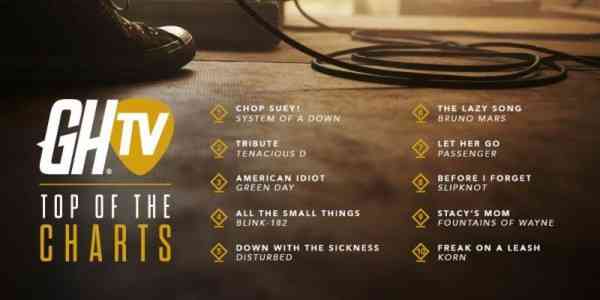 5. Disturbed – Down With The Sickness

8. Slipknot – Before I Forget

GHTV launched with hundreds of songs playable, and new music will continually be added at no extra cost, giving fans access to a huge variety of music as the platform continues to grow.

Guitar Hero Live is available now on PlayStation 4 and PlayStation 3, Xbox One, Xbox 360, Wii U console as well as iPhone, iPad, and iPod touch.

Guitar Hero Live Will Shut Down GHTV Mode in December
Next
The Flash – “The Fury of Firestorm” Recap
Previous
‘Minecraft: Story Mode – A Telltale Games Series’ Now Available in Stores