Umiro Review – Walking Down the Path of the Mundane

Waking up in a strange world? Check. Lost in some sort of dreamscape? Check. Creative and colorful puzzles to solve? Check. Umiro has all the makings of an interesting and satisfying puzzle adventure game, but is it greater than the sum of its parts, or has the solution to the puzzle been pieced together awkwardly? Developed by Diceroll, Umiro is a solemn puzzle game of few words, instead communicating its tale through a handful of lines of dialogue in each of its 40 stages. The game uses a mechanic we have seen before – namely: trace a path for the character to follow – but does so with some captivating and pleasantly challenging puzzles. It does take some time for the difficulty to build, but by the time it feels interesting the game ends too soon to leave a lasting impression.

Players will start as Huey, a boy who finds himself in another world. The first few stages will introduce you to the mechanics: let you know what will hurt you, how switches work, etc. It isn’t until Satura joins him that the game really takes off. Both characters will need their paths drawn before you can send them on their way, requiring precise timing for dodging obstacles and hitting buttons. This becomes exceedingly satisfying and challenging as perfectly laid plans are executed; Huey runs forward to hit a switch while Satura walks in circles, waiting for the door to open. Now Huey has to pace while Satura sprints by two moving black orbs and hits another switch, letting Huey hurry forward to catch up. Plans get more and more intricate, and as they traverse the stage which begins in cold monochrome it comes to life with vibrant color.

“…the games ending caught me off guard, but not enough to make me come off with a strong feeling either way.”

While the mechanics of the puzzle are fun and the presentation is beautiful, the game still failed to grab me. I completed Umiro in just over two hours, meaning I spent an average of three minutes on each puzzle. I also have to question the interface here: I’ve been playing Umiro on my PC, but the game is also available on (and built for) mobile devices. The lines you need to draw often need to be precise, with every millimeter making a difference. I can’t imagine how the game would feel on a mobile device while using your finger to draw the lines – maybe that’s why I was able to complete it so quickly? 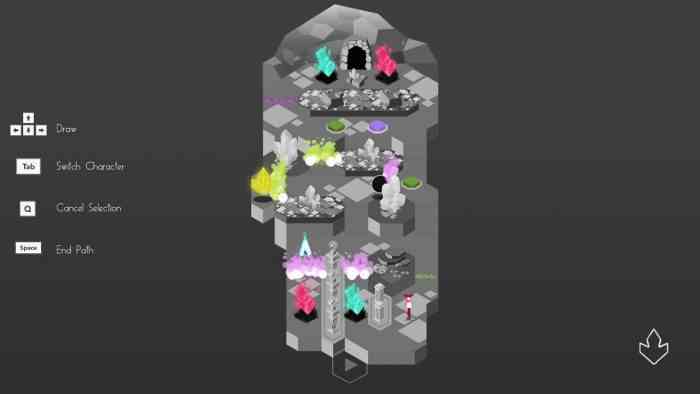 Umiro does have a narrative behind its colorful puzzle, one that it tip-toes around between a few lines at the start of each stage and the design of the stage itself. It’s pretty easy to infer from the get-go but it consistently feels weak. Umiro’s narrative relies on a huge impact after completing the game to try and grab me by the feels, but at that point, I wasn’t invested in either character. It honestly could have been more impactful had the game included a little more dialogue or one or two more hand-drawn cutscenes. As it stands, the games ending caught me off guard, but not enough to make me come off with a strong feeling either way.

“Umiro is creative but short, and lacks staying power in its number of stages, replayability, and narrative.”

As a puzzle game to pass the time, Umiro is vibrant and a great exercise for your brain. As a game to try and sit down and play, you’ll find yourself at the end quickly and wonder what else there is to do. Huey and Satura have personality, but their dialogue is formulaic and unoriginal. A game that relies on an impactful ending with no build up will carry no weight, and after finishing all of the stages I don’t feel compelled to play it again. Umiro is creative but short and lacks staying power in its number of stages, replayability, and narrative. It can be fun at the time, but it’s probably best left for playing a stage or two on your mobile rather than playing on PC. 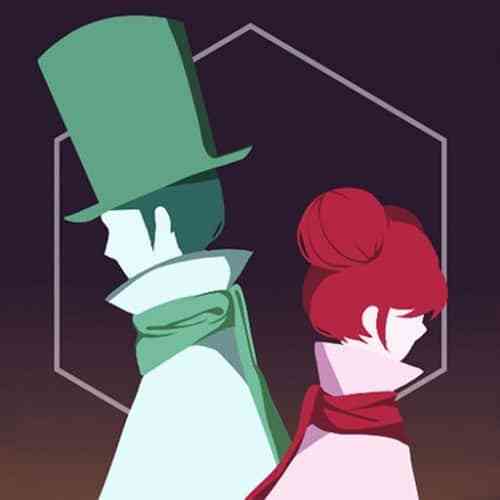