This latest entry from SuperMassive Games, Bravo Team, reeks of a rush job in almost every aspect. From the limited gameplay to the paucity of play options to the ground floor graphics, this feels more like a proof of concept than a game. Doubly so, since SuperMassive Games are reasonable for the excellent PSVR launch title, Until Dawn: Rush of Blood, an on-rails shooter that hurtles players through a ghoulish fun house and cemetery levels. That game had tight controls, great graphics, and a great atmosphere.

Bravo Team is a big step back. This one feels like such a premature birth that it prompted me to scan the interwebs to see if there was any scuttlebutt about the game’s development. Sure enough, Bravo Team was a victim of a fixed deadline and sufficient lack of resources. 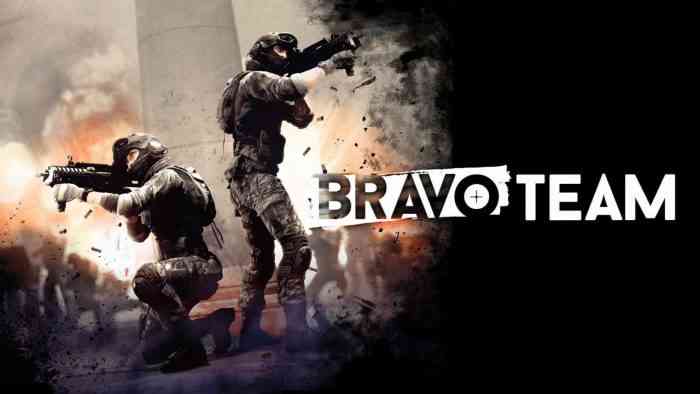 The game is a military co-op point-to-point shooter purported to be the next Time Crisis. Players can either choose an online or AI partner to buddy up with. Together the two of you work through a campaign trying to get back to friendly territory from behind enemy lines. After a competent VR cutscene, you are dumped into the action and the game immediately falls down. All movement is in third-person.

That’s right third-person movement in an FPS VR game. No first person POV option is available at all. You almost forget this is supposed to be a VR title. Movement from point to point is done by clicking on hotspots that light up when you focus on them. While this is a fine option to have in a game, and some players may prefer such a POV, the lack of a first POV in a VR game says a lot about the overall state of the game. The forced perspective shift from third to the first person is a complete immersion breaker.

“The sum total of this VR experience is being a virtual jack in the box.“

All that is available to you in VR mode, are the aiming and shooting mechanics. You can head lean around cover and also duck as needed. And that’s about it. The sum total of this VR experience is being a virtual jack in the box. You stand, take a few shots, and then rinse and repeat. Your armament is limited to only four weapons. The environments are sparse and the enemy AI is even sparser. You can literally position yourself right beside an enemy and they are oblivious to your presence. Aiming can be tied to your headset or to the gun site. I found the latter unusable and the former barely better. It’s impossible to pull off headshots because of this and even when you do, it doesn’t matter because the enemies are sponges – always needing multiple hits to bring them down. 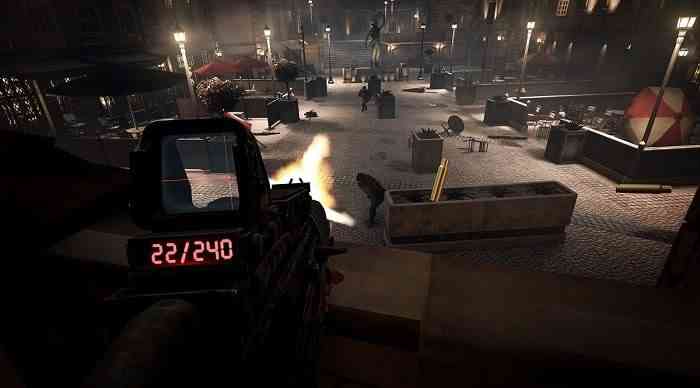 Even the Score Attack mode of play suffers as they are mere recyclings of the campaign. But it doesn’t really matter as the immersion breaking auto-switching of POV from first to third is the real game killer. After the polish and fun of Until Dawn: Rush of Blood, it’s hard to believe this company let such a barely baked like Bravo Team out the door.

**PS4 key provided by the publisher** 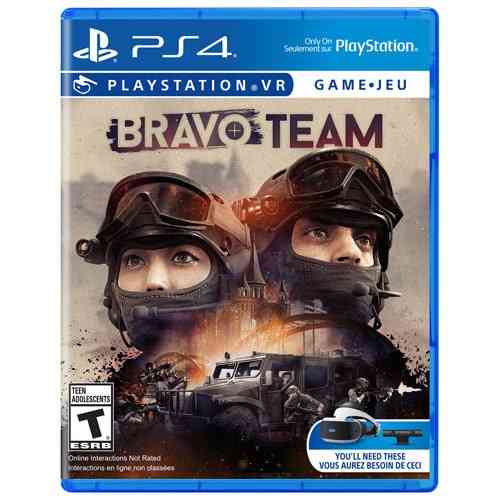