The Seven Deadly Sins: Knights of Britannia Review – A Decent Service for Fans

The Seven Deadly Sins: Knights of Brittannia is a new game from Bandai Namco, a company who has been producing a lot of content that crosses over into other Japanese media for many years. In case the name of this game doesn’t ring a bell to you, Seven Deadly Sins is a hit manga and anime of the same name – a fact that I had a very little knowledge of when I started this game up. I knew I had seen some of the anime, but that was pretty much where my knowledge stopped, so a little research had to be put in so that I could fully appreciate not just the game, but the tale it was trying to weave at the same time. From the story that I played through in conjunction with what I read up on about the anime plot, it seems that Knights of Britannia adheres quite close to its source material, which is great for fans! Looking strictly at it from a gameplay stance, Sins breaks down to a fighting game at its core and that’s where the trouble starts.

Seven Deadly Sins follows Princess Elizabeth as she seeks out a band of powerful knights, the Seven Deadly Sins, in order to fight back against the Holy Knights and save the kingdom of Liones. She meets up with Meliodas, Wrath, and begins the quest to seek out the rest of the Sins. You use your bar/hotel, The Boars Hat, as you seek out missions and the location of the other hidden Knights. If you’re a fan, this is all sounding very familiar. If you are not, don’t worry, I was just as confused as you were.

As I got into Sins, a few things really jumped out at me. First, it was like I had come into an anime on episode 10 and just kept pushing forward – aka, I had no idea what was happening but it felt like I was supposed to. At first, I thought I had missed a tutorial section or something, but then it actually dawned on me that no, the developers just expected me to already be familiar with the premise and the characters. They went out of their way to have a great many detailed tutorial missions which were a blessing, but it felt very much like they were letting fans know how to utilize the gameplay mechanics so they could play out their fun adventure. The story wasn’t difficult to follow as it was played out quite clearly, but there was a massive element to the story that made it feel like I had missed out on something. It was like getting told a story second by someone who had seen it. I couldn’t help but feel like there was a lot that was glazed over.

“The controls are relatively simple, the combo, parry, and evade are easy enough to execute and the missions have a good difficulty curve…”

As far as the gameplay went, a second thing really jumped out at me. The controls are relatively simple, the combo, parry, and evade are easy enough to execute and the missions have a good difficulty curve so you always feel prepared for what you’re going to face. There was something about the way the game poorly targeted opponents and made you spin the camera to try to face anyone, coupled with how everything was propelled forward by entering stages and fighting opponents, allowing you to unlock the next stage that really resonated with me. That’s when my memory jogged and I realized so much of this game reminded me of Dragon Ball Z: Battle for Z, another game by Bandai that I had reviewed a while back. Once that nagging thought had gotten out of my mind and I remembered how to best work through the issues with the camera and the target lock which has no rhyme or reason to which enemy it locks on to, playing went substantially smoother.

There are two modes to play the game on – Adventure or Duel Mode. Adventure is the story mode that takes you through the anime plot while, as I’m sure you guessed, Duel is the mode where you can have single battles. The characters you can use in Duel mode are completely dependent on how far into the story you’ve progressed as completing different chapters unlocks different people and stages. The online component was fine with little or no lag, though it took a little bit to find opponents. The LAN mode where you can do a couch battle was much more fun and since neither of us really knew the characters very well, it was actually pretty cool trying to match styles to get an edge on the other. Seven Deadly Sins: Knights of Brittania is a double-edged sword of a game. On the one hand, the story appears to very closely follow the anime/manga that was a massive success in order to appeal to its fan base. On the other, the whole thing played out in a way that I, an outsider, felt very out of the loop or that I was supposed to already be attached to these characters. In regards to gameplay, a very similar situation unfolds. On the one hand, the gameplay is easy and fun enough to continue forging through the story with little to no issue while fully enjoying playing as your favorite characters. On the other, the mechanics were almost identical to a game from the PS3 era and they were problematic then.

Ultimately, the choice of what to do with Seven Deadly Sins comes to down to one thing and it’s not really great. Are you a fan? If you are, I can almost guarantee you’re going to love this game. If you’re not a fan? There’s not really a whole lot going on to draw you in. A double-edged sword indeed. 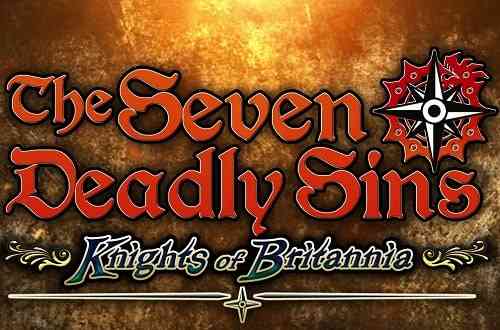