TERA Online finds itself in an interesting dilemma. Originally released six years ago on PC, it’s finally making the jump to PlayStation 4 and Xbox One. A whole new market of players can now jump inside the game’s world, but that world is definitely showing some wrinkles. The combat is excellent and the quests are fun, but the technology surrounding the action definitely looks like it came from the past. TERA Online is a solid MMO experience that unwittingly serves as an MMO time machine, for better and worse.

Being an MMO on a console, accessing all of a character’s abilities seems like a tremendous challenge. Without a proper keyboard and mouse, simply clicking on an ability to activate it is not an option. The control scheme Bluehole crafted for TERA on consoles fixes this perfectly: designating L1 as a switch between two rows of perks. Once I figured out where my character’s abilities fell on those two rows, selecting the desired attack became seamless. I’m very pleased with Bluehole’s decision here, as it complements an already excellent combat system.

TERA Online is a solid MMO experience that unwittingly serves as an MMO time machine, for better and worse.

That combat system, in fact, is the best part of TERA Online. Typical MMOs make me mindlessly click on attacks and force me to watch the action unfold. Not so here, as I’m actively participating in every skirmish I encounter. Clear danger paths allow me to move out of the way of enemy attacks. The button layout is easy to learn, providing an easy point of entry to new MMO players. That active participation keeps me engaged too, where I had trouble staying interested in other MMOs and the standard battle system. TERA‘s combat is easily the best part of the game, which is important in a genre like an MMO.

I didn’t have to wait long to fight either, which makes things even better. I was amazed how quickly the game delivers me from tutorial island to the main game. Scoring my first mount just after the starting isle is crucial; letting me quickly get around the massive world was paramount (no pun intended) in keeping my interest. Finding quests to level me up is simple enough too, which makes building my character into a powerhouse quick and painless. I kept playing and kept building, staying hooked the entire time. The game never left me in the dust, and I appreciated it. That’s another foible of MMOs that TERA does well to avoid: new players like me will never feel behind the curve. What’s not as enjoyable, however, is the technology surrounding that combat. The art style, taking cues from anime and similar animation styles, does appeal to the eye. The game cannot hide its age though; I immediately see noticeable chips in the armor. Everything looks dated, from the environments to the character’s animations. Six years worth of patches and updates, while effective, can only go so far, and this console version of TERA doesn’t do well in hiding the game’s age. There’s a very last-gen feel to the game, which will turn some players off right from the jump. I didn’t mind the dated visuals after a while, but they’re certainly noticeable from the get-go.

While the world may not hold up to modern standards, TERA‘s customization suite absolutely does. I get a ton of options right from the jump in order to build the exact character I want. Gender, race, color scheme, class, you name it I can change it. Some races don’t have genders, like the Baraka, but that’s one of only a few limitations. I will say the lack of three classes available on PC, valkyrie, ninja, and gunner, is disappointing though. I can only hope Bluehole makes them available to the console crowd soon. Luckily they’re not a huge loss, as the available classes like the Berserker, Lancer, and Priest give me plenty of ways to play.

Going into this review I was afraid TERA Online would stick too closely to the standard MMO tropes. I feared that I’d make a character, slog around the tutorial, and ultimately be bored after a few hours. None of that happened. Instead, TERA did a fantastic job of pulling me in, keeping me around, and gaining my respect. It’s not a perfect title, as six years of existence have produced a few unavoidable quirks. None of them break the experience, however, making TERA a no-brainer for at least a trial run. PC-caliber MMOs used to be a pipe dream, but now with games like TERA Online, they’re a reality. 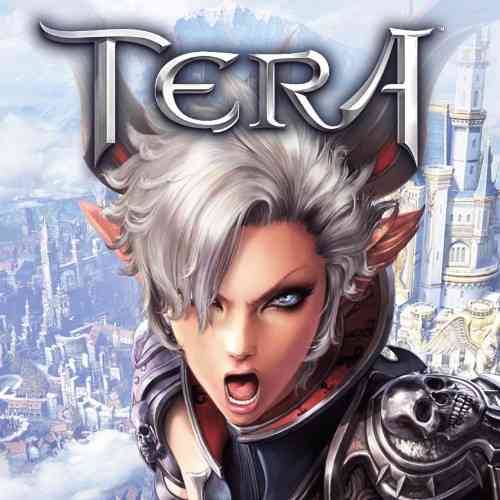