One of the awesome parts about gaming is how different types of gamers have emerged naturally. There are completionists that make sure they’ve found every collectible, modders who look to improve upon original creations, and there are even people who play the same game repeatedly in order to finish it as fast as possible. These people are called speedrunners, and it’s a community that has organically popped up surrounding many games. That’s why it’s a bit strange to have a game specifically targeting that audience as it goes against the whole grassroots movement, so to speak.

Regardless, DoubleDutch Games’ SpeedRunners is a multiplayer platformer that’s all about going fast. If you’ve ever watched two high level speedrunners go head-to-head then you know how intense the action can be, and how one small mistake can make a huge difference. DoubleDutch has essentially captured that essence, and have designed a whole game around it. It’s as awesome as it sounds.

While there is plenty of depth to be found in SpeedRunners, it’s surprisingly a simple game to get into. Aside from moving their characters, players can only jump, use a grappling hook to swing (which most players won’t start to use until they get more comfortable), trigger items and decide when to use a speed boost. All of this is taught in a quick tutorial upon booting up the game for the first time, and then players are immediately off to the races.

“While there is plenty of depth to be found in SpeedRunners, it’s surprisingly a simple game to get into.”

Matches go up to four-players, and the first person to win three races is crowned the champion. Victory is achieved by simply running ahead of the other players to the point that they go off-screen. The game always follows who is in first, so players have to keep up to stay in the match. The screen size also shrinks as the amount of player decreases, so once it’s down to two players a single mistake is almost surely the end. Every single match brings a level of intensity that is largely unmatched elsewhere.

DoubleDutch Games have included 16 stages in total, and all of them are a blast to run through. Every single level is designed as a loop, so you’ll gain a familiarity with them quickly. Memorization definitely becomes key during these levels, but your reflexes will also have to be in top form to achieve victory. That’s due to the fact that other players have access to items (such as bombs, or crates that get in the way), and these can throw a wrench into your best laid strategies. Players will have to be able to adapt, or they won’t find any success here. 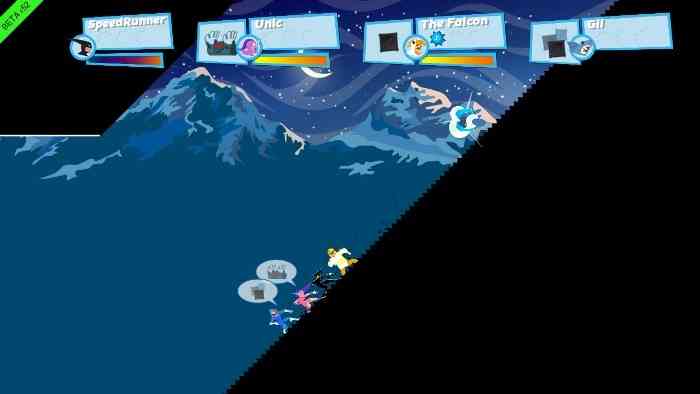 SpeedRunners also has developed a great community over the past 3 years, and there are plenty of user made tracks to play. Since players will likely not have these tracks memorized, these rely more on pure reflex. Both official stages, and user-created ones are easily selectable when playing online or locally, so a new level is just a click away.

One minor complaint is that most of the levels are locked initially. While this is quickly rectified with about 30 minutes of play, it definitely hurts the game as a party game. Players will have to play the same stages repeatedly at first, and that kills some of the enjoyment. Thankfully, stages are some of the first things you’ll unlock over time, so this becomes a non-issue sooner rather than later. 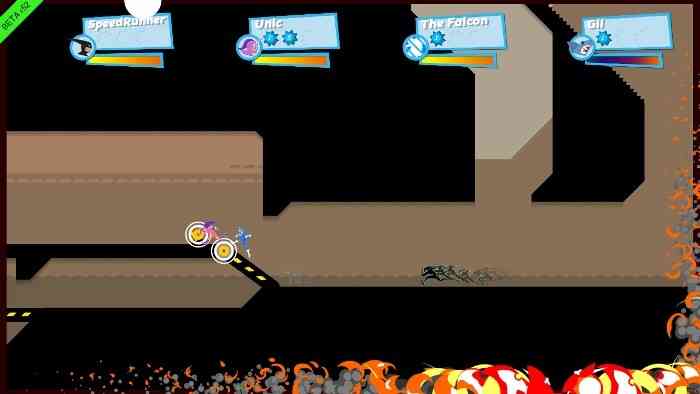 The official release of SpeedRunners also comes with a brand new single player mode. While developer DoubleDutch Games described it as being like “Mario Kart” that sadly isn’t the case. Instead of battling through cups and getting scored after each race, players instead just have to win a set of four individual races. They aren’t actually linked, and the fourth stage is a 1-on-1 match against a particular runner. This is supposed to feel like a big showdown, but considering you just beat that same runner 3 times beforehand it doesn’t feel like much of anything.

While the single player affair is pretty lackluster, SpeedRunners is definitely a gem in terms of multiplayer. It’s a game that will get you to group up with buddies regularly, and one that will make you sweat due to how intense matches can get. It’s really a must buy if you enjoy platformers. 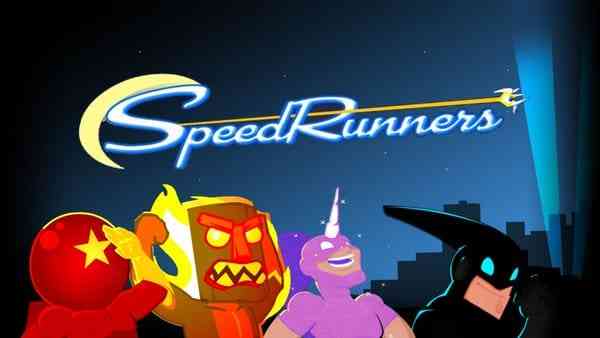