Activision took some giant risks when they decided to back Skylanders Spyro’s Adventure back in 2011 as the technology behind the toy figures, the portal, and its cross-platforming abilities did not come cheap. Out of the gate those risks paid off, big time. Skylanders was a smashing hit, sold in the billions and for a few years running it was the must have toys-to-life game for kids. In the last couple of years, some of that lustre has worn off. Recently, the publisher revealed that it would not release a new version of the toys-to-life series on consoles this year, speculating for many this is the beginning of the end. Well the fat lady; however, has not sung her last tune yet and the franchise isn’t going down without a fight. This past week I’ve been playing Skylanders Imaginators for Nintendo’s latest piece of innovative hardware and one thing is for certain, the game remains as strong as ever.

There is no denying Skylanders Imaginators for the Nintendo Switch is a rich and deep experience. All 300+ toys from the previous Skylanders can be used, each level is packed with enemies, there are tons of crates to smash, things to collect, bosses to battle and the colourful world is unforgettable. It is a lengthy Skylanders experience on the Switch that largely looks and feels like the other games in the franchise. Except there is one glaring omission; the trademark ‘Portal of Power’ is absent.

“There is no denying Skylanders Imaginators for the Nintendo Switch is a rich and deep experience.”

It’s a surprising move to leave out the Portal but you know what? I didn’t miss it all. Your Portal of Power is essentially your right Joy-Con controller. By simply placing one of your Skylanders toys on top of the right analog stick your Skylander comes to life on the screen. The built-in NFC reader is used to scan in your toys/characters. It is as simple as that and works like a charm. Granted your character takes a little more time to load on the screen compared to the load time on the Xbox One and PS4  and I had a little trouble scanning in some of the Giant Skylanders from a few games back but the issues don’t really dampen the experience at all. A feature parents will love is the fact you can use your existing Skylanders characters from previous games. With over 300+ characters as part of the Skylanders world, this will also come as a welcome relief to those who have already shelled out big bucks towards the previous games and toys. Being able to play Imaginators with your existing leveled up Skylanders figures is a feature that I absolutely love.

Imaginators for the Switch introduces a digital library that allows you to load and store your 300+ toys from the franchise directly to the new console. This is great in theory but you still need to have your toys handy in order to get them back into the game. I was under the impression I would not have to rescan my toys back into the game once I did it the first time but sadly this is not the case. I imagine this may be some kind of glitch, and a future update will fix this issue but I had to rescan all my characters every time I wanted to bring one back into the game. Ideally, I would have preferred not having to bring all those toys around wherever I go. Again, not a major setback but why have a digital library then?

“Nevertheless, with Skylanders Imaginators for the Switch you get a vibrant, deep, and customizable experience with an endless supply of things to do.”

The characters, visuals, music, theme and even the way your character navigates the world feels very similar to previous Skylanders games. This isn’t necessarily a bad thing as the learning curve is minimal and that sense of familiarity should be embraced by fans. Trudging your way through the many levels smashing enemies and bashing virtually everything in sight remains highly enjoyable. I loved being able to bounce back and forth from my playing the game on my big screen TV to chilling out on the couch playing the game in portable mode.

You can read more about the games story, customizations and gameplay if you read our PS4 Skylanders Imaginators review we posted last year.

Performance wise, Imaginators runs fairly smooth. The only noticeable hiccups or slow-downs occurred during those moments it was absolute chaos on the screen. That said, it never put a damper on the experience and overall I found the game looked and played as I expected. Don’t get me wrong, the Switch is by no means a technical power house but its target audience won’t have any issues with just how nicely the game performs and looks. Skylanders Imaginators doesn’t push the franchise forward or make any significant strides but it remains perfectly suited for kids and it’s a rock-solid addition to the Nintendo Switch launch lineup of games. The games touch screen capabilities and digital library are unquestionably cool features yet at the same time I feel like they are both underused. So much more could have been done to take advantage of the consoles hardware. Nevertheless, with Skylanders Imaginators for the Switch you get a vibrant, deep, and customizable experience with an endless supply of things to do. It is not the most ambitious or fully realized Skylanders game but there is no question it will keep you kids busy for weeks, if not months on end.

***A Switch starter pack was provided by the publisher***

Update: We reached out to Activision regarding the scanning issues. Vicarious Visions said: “Skylanders will need to be scanned in a second time which unlocks it completely. You can do this after a bit of play time or in the same menu after the first scan. Magic Items you can scan once for a gold reward. CYOS Chests you scan once which adds them to the vault and once in the vault, you scan it a second time to unlock. This method is for theft prevention and is the best solution we’ve found to verify that you actually own the toy. Basically, this is so people aren’t scanning toys at retailers.” 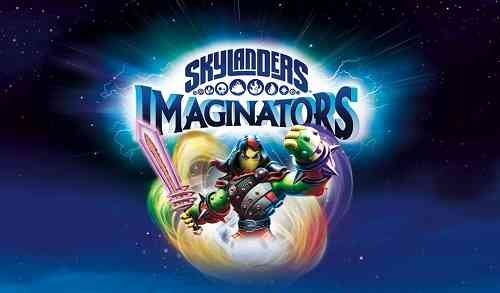 Skylanders Imaginators Arrives on the Switch; Supports All Skylanders Toys From Previous Games