Futuristic arcade racers used to be all the rage. F-Zero, Extreme G and Wipeout were among my favorites taking up countless hours of my time. It’s a shame then that over the past couple generations, the genre has been fairly dry of worthy titles and when one does release, it receives little attention. Thankfully, despite a lack of exposure, Shin’en Multimedia has been doing its part to keep the genre alive and kicking. Enter the Nintendo Switch exclusive, Fast RMX, the third entry in the underplayed futuristic arcade racing series.

Fast RMX is exactly what you’d expect considering its name. It’s fast… ridiculously fast… like tunnel vision causing fast if you play for too long and it’s awesome. The tight controls allow for the blistering speeds to be manageable as you careen around the track in your jet-engine powered hovering death trap. With the ability to lean left or right with ZR and ZL, I was eventually able to get the hang of keeping my vehicle over the track in spite of barely being able to see what’s coming ahead at times. Fast RMX requires you to memorize each of its tracks in order to succeed, even on the easiest difficulty setting, and I appreciate the challenge. That being said, I had a couple near controller throwing moments as my first place position dropped to last place with a single error in the final lap.

Memorizing tracks is par for the course when traveling at ludicrous speeds, though, and Fast RMX to its credit, is packed with courses that are a blast to race on and worthy of repeat plays. There are 30 tracks to master, 16 returning from Fast Racing Neo and 14 being new entries. Each brings their own challenges from giant mechanical machines lumbering across a course, to frozen walls of ice blocking paths or the nearly blinding amounts of rain pelting on the windshield. Not only that but some tracks offer sneaky shortcuts as well as jumps that must be hit to connect to a separate piece of track. Racing around the various locales is always an exhilarating and heart pounding experience thanks to variety in challenge that the courses offer.

Fast RMX feels like a nice blend of F-Zero and Wipeout while playing but what sets it apart from those it pays homage to is the addition of an engine that you must shift between two different phases on the fly. Each track is littered with strategically placed orange or blue boost pads and you must match your engine color with a corresponding boost pad color. Orange engine over an orange boost pad will rocket you forward but hitting an orange pad while your engine is in its blue phase will drastically slow you down. It starts to get interesting when you’re -ahem- switching between the two phases in rapid succession to keep ahead of the competition all while also collecting the boost refilling orbs scattered on the track. As mentioned earlier, one little mistake can cost you a race as you jockey for a top 3 finish across the three modes of play; Championship, Multiplayer and Hero Mode. 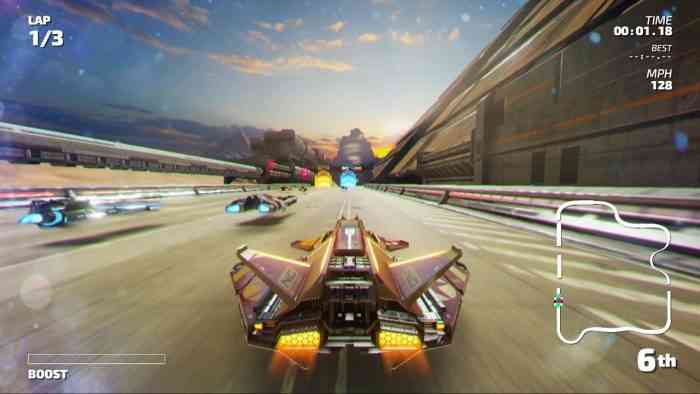 Championship mode is a very simple affair. Compete in ever more intense three race events while vying for a spot on the podium and unlocking new vehicles and courses. It’s a fun enough mode but I wish there was a better feeling of progression. A lack of customization when it comes to ships is felt here and the addition of some earned and unlockable upgrades would go a long way.

Multiplayer mode offers split-screen (both 2 player and 4 player) and online options. Split-screen works great, even in tabletop mode where you and a buddy can each use a Joy-Con. While not the ideal way to play, I was surprised how playable and enjoyable Fast RMX is in table top mode with the tiny Joy-Cons. The online multiplayer was actually busy and I was able to find full lobbies easily. I witnessed a bit of lag on my competitors end as they skipped around occasionally but things ran smoothly on my part. Connection quality seemed to vary.

“An impressively fast and well-playing arcade racer that will constantly keep you on your toes.”

Hero Mode is where fans of F-Zero will feel most at home and it’s my mode of choice. Here your boost energy is shared with your ships durability meter which means a new level of strategy is required and adds depth to races. Using boost could launch you up a few places but also put you at serious risk of blowing up your vehicle.

It wouldn’t be a futuristic racer without a pulse-pounding techno soundtrack to blast bass in your ears and you can check another box off here. The music heard in Fast RMX is suitably punchy as it battles for more beats per minute against your racing heart while you edge out a victory against some beastly competition. It can’t hold a candle to classic soundtracks like that of Wipeout XL but what’s here is pleasing enough and compliments the action nicely. 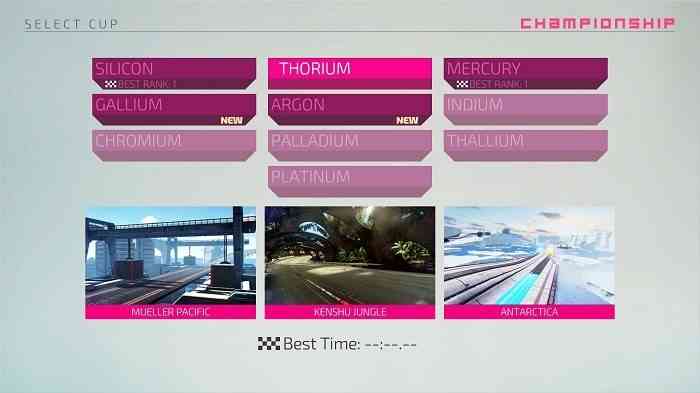 Visually speaking Fast RMX is quite impressive at times, especially when played in portable mode. Portable is displayed at 720p but on the small screen but it still looks super sharp. While in TV mode, the game apparently runs at 1080p, though I thought it looked slightly blurry at times. That said, it’s still a pretty game and easily among the best looking launch titles. It runs at an impressive and seemingly locked 60fps no matter if playing solo, split-screen or online multiplayer as well. Ships and tracks are all nicely designed and there is a clean, slick wrapping on the presentation as a whole. There are a few rough edges here and there but overall, it’s easy on the eyes.

Fast RMX is an easy recommendation for those that feel the need for a little speed and the best option for those longing for Nintendo to bring back F-Zero. It’s an impressively fast and well-playing arcade racer that will constantly keep you on your toes. While it could use a little more depth when it comes to single player progression, the racing itself is fantastic and quite addicting. As an exclusive, Fast RMX is a worthy addition to your growing Nintendo Switch library. 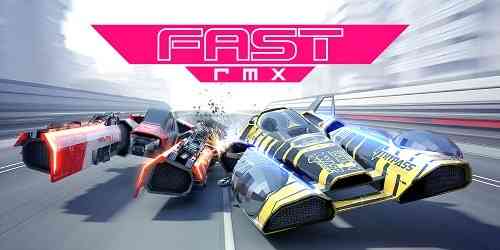