Shadows of Adam Review – A Beautiful Yet Brutal Classic

Shadows of Adam delivers retro JRPG flavor without the bitter aftertaste of merciless grinding and pointless punishments. You get the haunting musical score, the gorgeous graphics, and the satisfying combat. What you don’t get are the hours of leveling up and the scattered, distant save points. The challenge this game presents is substantial yet fair. It’s a streamlined experience that doesn’t hold your hand or waste your time.

We open on a sleepy village named Adam. Here is a refuge from the wars that tear up the rest of the world. Long considered a haven from the terrifying magic that rises from the realm of the dead, this peace is threatened by an evil creeping out the forest. You play the heroes that decide to tackle this threat. You are thrown immediately into the action, with the story metered out in short, digestible portions. There is blessed little time spent on long-winded introduction sequences. The game also expects you to figure out combat or perish. My tutorials were just battles I had to win. No helpful fairies or wise old men explaining what the buttons did. Thankfully the save system lets you fail without ruining your whole day. All of the systems in play respect your intelligence and reward your patience.

Used to be a hero needed enormous stores of items to survive a dungeon. Shadows of Adam lets you replace that cumbersome tradition with skilled playing. If you plan your moves properly, you can cycle through attacks, recovery, and defense with nary a potion drank. The challenge in doing so escalates considerably, however. I found myself eventually dragging around a sack full of tinctures anyway, just in case I stumbled. You can use items to keep you afloat, but it feels so much better to succeed through superior strategy. My only problem with the items was a lack of variety. Although there are only a few kinds of items even necessary in a game like this, it felt like I only bought potions and revives at every stop. There are other things in my inventory, but I’ve never used them. Another low point was the equipment upgrades. You just got better stuff in every town. No variety or strategy in your purchases. The whole thing felt like it could have been replaced by visible status upgrades or a skill tree. Equipment systems can be a real delight for a player. Choosing it, managing it, hoarding it. If your equipment system doesn’t have an element of choice, it isn’t really needed. I suppose it hearkens back to the old days of grindy JRPGs, but it still feels like a strange decision in a game that’s already trimmed so much fat from the edges.

For me, RPGs of any sort are measured by their combat system. If you’re going to be slaying your way through a world’s worth of monsters, it needs to be engaging. Shadows of Adam forces you to pay attention to every encounter. No half-asleep level grinding here. All of the battles felt tense. You have to take enemy weaknesses, character strengths, stats, and equipment into consideration. For the first time in an RPG, I was planning my attacks and spells around each character’s speed. I was cycling through attacks, buffs and defensive moves to maximize resource generation and usage. Combat in Shadows of Adam is difficult in a way that makes you feel like a genius when you master it. My only grievance is that Talon doesn’t feel as useful as the others. There’s no enemy weakness or immunity to Tricks. Meanwhile, Curtis can bust out Chakra moves, Azzy has her magic and Kellan… well, he’s almost as useless as Talon. But he has cure moves, buffs, and debuffs. Even as I’m writing this I’m dreaming up strategies to maximize their utility in battle. With a little patience, every character has the potential to lay waste to anyone, great or small. It’s a testament to the game design that my issues with the combat can be solved by experiments and research conducted in-game. JRPGs almost never make me laugh. Not so with Shadows of Adam! There are so many gems in the story. So many moments that catch you by surprise. The shopkeepers are ruthless pitchmen. Your party members have a warm, organic report with one another. There are callbacks, one-liners and playful insults. I found myself talking to every NPC just so I didn’t miss any of the writing. Beyond the moment-to-moment details, you have the overarching plot. I found myself slowly sucked in by the story. Yes, it’s fairly standard stuff. Evil threatens the world, you threaten the evil in return, big twist, moment of despair, climax and credits. But! The delivery is well-crafted. Those twists and turns are drenched in pixelated atmosphere and gravitas. Key moments are shown, not just told. The role of magic is complex and dense. The theme of magic as a curse from the depths below runs through the entire story. Sometimes the narrative feels a little familiar. A major aspect of the story involves artifact collection, which is a standard trope in countless RPGs. Thankfully it never feel like your time is being wasted looking for these things. Your acquisition of them is neatly woven into the story.

RPGs have evolved a lot over the decades. The genre has left behind some exhausting ideas as well as some timeless ones. Shadows of Adam does an admirable job of choosing what to excavate from games of yore. The result is a beautiful trip to yesterday, one that doesn’t waste time getting there. Shadows of Adam is a delightful retro experience. 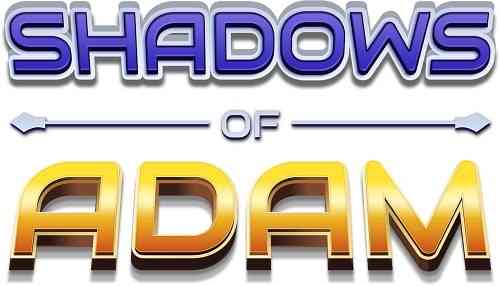