German based Chasing Carrots dropped Pressure Overdrive a couple of years ago for the PC and from what I can tell, it did fairly well while having a few issues on Steam. I had never heard of the original release, so a revamped and extended version sliding its way on to every other conceivable mode of play seemed like a good place to start for me. Pressure Overdrive has some problems but Chasing Carrots delivers a wholesome and thoroughly enjoyable game that has appeal across every demographic.

Pressure Overdrive is a steam punk pseudo-racer that that has you taking on dozens of enemies while you race across a variety of slick and engaging tracks. Think a quirky and family friendly version of Twisted Metal and you’ve got a pretty good idea of what you’re getting into. It fully embraces its steam punk style, throwing you into a buggy that comes with weapons attached so you can race through tracks while being bombarded by enemies. Your buggy runs on ‘pressure’, hence the name, something you collect by destroying enemies.

The game is fairly big with three worlds harboring a ton of levels in each. Campaign mode will take you through each level while Endless mode allows you to test your skills and see how deep you can go in randomly generated levels. You can play by yourself or with a friend and either way, it ends up being a blast. As you play through, you can upgrade your buggy to suit your style of play. You can upgrade the armor, get bigger and more explosive weapons, have additional speed, hold more pressure, etc, until you have the slickest looking steam punk buggy on the track.

“If you don’t feel like delving back in by yourself, get a buddy to come over and compete. It gets weirdly competitive very, very quickly.”

I chose to bulk up my armor and have a really big gun, so my times weren’t always great but I always clipped nearly every opponent that came onto the track. The amount of mods you can apply to your buggy gives you lots of ways to play which helped keep me interested. You get scored on how you play the levels as well, so, if you’re a perfectionist like myself, you’re going to want to go back and get 5 stars on each track, a daunting task that requires a lot of replay, believe you me.

If you don’t want to go back and tediously replay each level until you get the perfect score, throw on Endless mode and see how far you can go. Again, lots of replay value here as the levels get randomly generated, so it’s not repetitive and there’s always the desire to one-up your last round. If you don’t feel like delving back in by yourself, get a buddy to come over and compete. It gets weirdly competitive very, very quickly. There are a couple of drawbacks though. The controls, while I’m sure are swell on PC, are a little unconventional for PS4. The twin stick style works fine but they can be frustrating. Like having an enemy bumper to bumper with you and your gun firing sideways because you began to turn. Or pushing forward and going backward because the camera switched. The controls just aren’t intuitive and are a cause for a lot of irritation. As I was saying above, you can replay every level until you 5 star each of them but the grind can get pretty repetitive. There was also a couple of times where I was saving for an upgrade, so playing several levels in a row to save enough loot became arduous as the gold payouts only become plentiful near the end of the game. So, repetition could drown out some of the fun you’ll have when playing this.

“It certainly is one to add to the list, especially if you have kids or you’re just looking for a solid party game.”

Overall, Pressure Overdrive offers up a game that is pretty much Twisted Metal meets Circuit Breaks stylistically and was surprisingly addictive to play! It’s geared towards the younger demographic, sure, but it doesn’t mean it’s not fun for everyone. The upgrades are plentiful and you can tailor your buggy to your racing style, there are a ton of levels and an Endless mode to deliver a lot of gameplay for your buck. Yeah, the controls can be frustrating and trying to be a completionist can end up being pretty repetitive, but Overdrive’s charm and fun gameplay overcome the couple of issues that hold it back. It certainly is one to add to the list, especially if you have kids or you’re just looking for a solid party game. 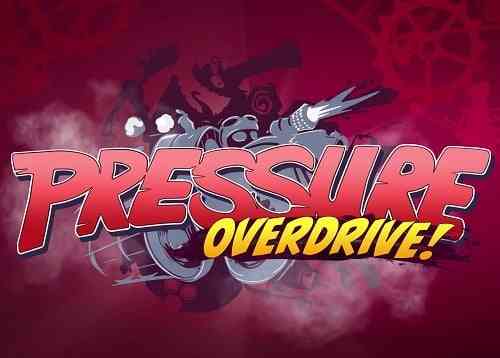