Shadow Tactics: Blades of the Shogun is finally on console, and while the controls might be a bit more suited to keyboard and mouse, this is one tactics game you won’t want to miss out on. So grab your shuriken, sharpen your blade, and let’s get started.

Gameplay is typical of any sort of real time stealth game. You’ll start on one part of the map and need to sneak towards your objective, however you see fit. Guards have vision cones and patrol routes, while later units are a bit more advanced. If you or a body is spotted, the guards will go on alert and start searching for you. Each character does have a health bar, so you can take some damage and run away, but if you’re like me then getting caught is unacceptable and will be quickly followed by loading a quicksave.

Each mission gives you a different set of assassins to utilize. They vary greatly in terms of abilities and skill, forcing you to adapt at least somewhat to their styles. Brute force, silence, traps, range, and deception are available to you depending on the mission, and each can be used quite effectively if you so desire. Of course, completing side objectives and trying to make it through without triggering alarms isn’t for everyone, and you can almost always simply cause mass chaos and destruction to get what you want.

“It feels satisfying to trick the computer, but so much more so when you’re able to sneak around and take out two guards at once, especially if they were looking out for each other.”

You’re certainly encouraged to complete tasks quietly, but it’s not always easy figuring out an optimal route. Shadow Tactics does a pretty good job of allowing you to play how you want, offering multiple routes and solutions everywhere you go. Some missions gave me a headache trying to get the timing just right on guard changes or patrols, so instead of beating my head against the wall, I changed my strategy. If you’re the kind of player who needs to do everything perfectly, you’ll be rewarded. If you’re not, you won’t be penalized.

Some instances can be completed by cheesing the AI but for the most part, guards are laid out in a smart manner. If you have control of more than one assassin in a mission, you can also set up simultaneous actions amongst each one. It feels satisfying to trick the computer, but so much more so when you’re able to sneak around and take out two guards at once, especially if they were looking out for each other. 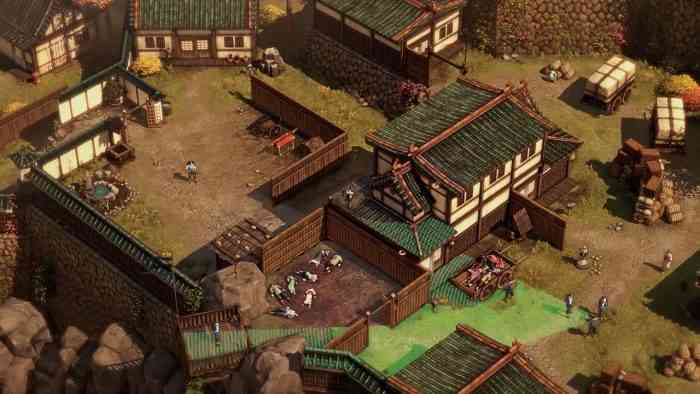 However, certain moments felt damn near impossible, and so many attempts were taken to do simple things like killing a guard while another looked away, or stealing an item within the second or two available while backs are turned. The level of precision lends a lot to Shadow Tactics’ identity, but just a touch of leniency would have made it a much more enjoyable experience. I was playing on normal and had some trouble every now and then, but overall it’s a tough game, but fair.

Set in the Edo period, the landscapes across which you’ll skulk are beautiful and full of color. With a top-down approach, it’s easy to stop and take a breath to admire the subtle details on buildings and random debris or set-dressing. Small touches like cherry blossoms, paper lanterns, and even the soft glow of fire help bring the world to life with color and depth. Each hero you control looks unique, both in costume and UI, so even if you get lost in the details for a moment it’s easy to recall where and who you are.

“If you enjoy stealth or strategy, Shadow Tactics is for you.”

Controls feel great for the most part, but unless you’re experienced with RTS on console, it can be a bit disorienting at first. Performing certain actions like trying to assassinate someone from above instead of just jumping down next to them can be a hassle due to the inaccuracy of thumbsticks. The button for use trap/ability is also the same used for actions like kill, and numerous times I found myself suddenly setting a trap on the ground while my target walks away because I was just a touch too early when going for the kill.

Shadow Tactics: Blades of the Shogun is a solid stealth experience with a lot of variety both in hero use and level design. It’s a beautiful game that should please any strategy buff, particularly those who enjoy the whole ninja/samurai aesthetic. Currently priced around twenty dollars less than the average AAA title, you will absolutely get your value out of finishing the main campaign. If that’s not enough for you, each mission also has a variety of side objectives for completionists. If you enjoy stealth or strategy, Shadow Tactics is for you. 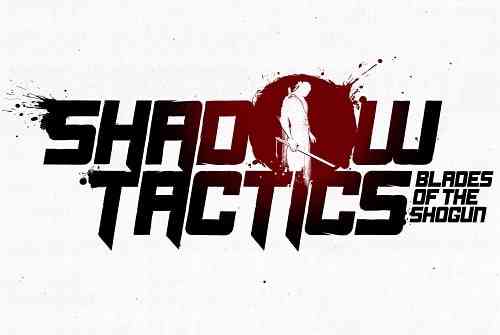