Are you tired of romantic visual novels? As someone who gets easily bored of the romantic comedy genre, I avoid most visual novels like the plague with the rare few being the exception. However, when I was presented with the opportunity to play Magical Eyes – Red Is For Anguish I was immediately intrigued. A visual novel with a supernatural, mystery and horror element? Sign me up!

Magical Eyes begins immediately with a dark and unusual tone; the story lies in a rash of strange crimes and the most bizarre of the bunch being a shop keeper whose claimed an attack by a doll, resulting in a chopped off  arm. His story carries little weight as there are no witnesses and the alleged perpetrator and arm itself seem to have disappeared from the scene of the crime. Was the story true? Where could they be and more importantly, why did the first seemingly innocent doll do what it did? No one knows but as the reader it’s up to you to follow on through and find out what’s going on behind this mystery.

Enter the Disobeyers, a group of supernatural beings who deal with supernatural beings known as variants. Variants are a kind of spirit that manifests in various forms when there is an excess of emotion from a human that lasts even after their deaths. These emotions can eventually come to be too powerful and end up causing a lot of harm.

“I could feel the thrill of it all as the mystery unraveled.”

As most visual novels, in my opinion, Magical Eyes starts off a bit slow which is understandable as it has to give the readers a solid standing point to flesh out the world and its characters to better envelope us in its story. But once you’ve reached a certain plateau it  really does take off. Despite this, I still found the pacing to be very good. There were a lot of key moments which were set up well and made me excited. I could feel the thrill of it all as the mystery unraveled.

Tone wise, Magical Eyes plays out kind of like an anime. Sometimes there is an opening cinematic that plays when you’ve finished a chapter of the game which are very nicely done and enjoyable to watch. You’d almost feel like it were an anime currently airing instead of a cutscene in a game. The voice acting is outstanding and really made the story come to life. 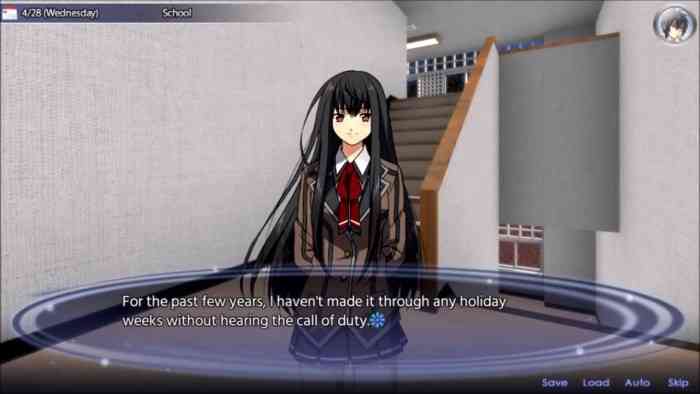 The music and visuals are really something special in this game. The music is varied, giving a good amount of tunes that are only played during certain times, all fitting to the mood to really get you immersed in the experience. The character designs have a beautiful art style but I’m not exactly a fan of the 3D backgrounds in this case. It looks nice on its own but having 2D characters over it kind of makes the background look boring and plain.

They did a great job with the audio elements, with great use of sound effects which were very realistic and gripping. There were a lot of times when I was terrified by sound effects alone. A key scene that best examples this is when the doll is dragging the knife against the floor and the scraping sound gets louder and louder as she gets closer to her victim.

“Yes the characters are unique in their own ways, but what will really grab your attention are the plot concepts and the themes that develop between the existence between the supernatural and every day life.”

Though the characters are definitely likeable, they aren’t exactly memorable. The game world of the supernatural is what most grabs my attention. Yes the characters are unique in their own ways, but what will really grab your attention are the plot concepts and the themes that develop between the existence between the supernatural and every day life. One thing I’d like to mention is that Magical Eyes had a very strange format for transitioning that was a bit sloppy and a little confusing. There were a lot of moments where you would be in the middle of an investigation and it would suddenly switch to Chiharu (or something else completely unrelated) making you think, “Why does this matter right now?” 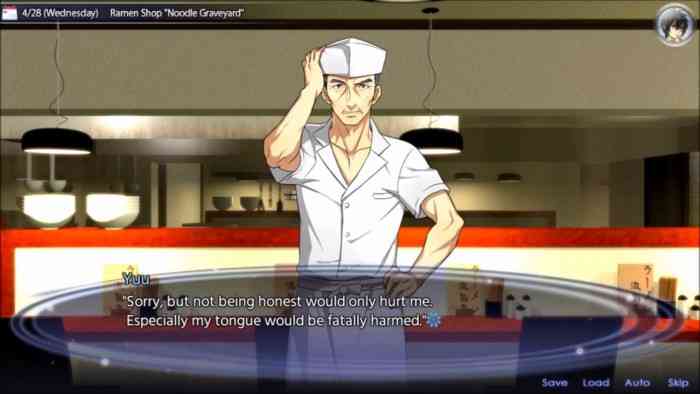 Now let’s talk about the romance! This of course wouldn’t be a proper VN without it. I’m not sure if it was just me but I definitely was not feeling it. The love interest in this game is Chiharu, the typical girl next door kind of character. Though very sweet, she didn’t really have much of a personality and it felt like her sole purpose was to be just a love interest. There wasn’t much character development for her nor was there any background story for her either, she just kind of existed to love the protagonist. Of course this does change but it takes almost entirely too long to get there.

To sum up my feelings for Magical Eyes – Red is for Anguish, I really did enjoy it. The supernatural and mystery aspect of it was enticing enough to continue playing, I just wish that the characters where more interesting or fleshed out (I’m talking about you, Chiharu!). All in all, I would recommend it if you like Visual Novels or anime and don’t mind playing an interactive story. 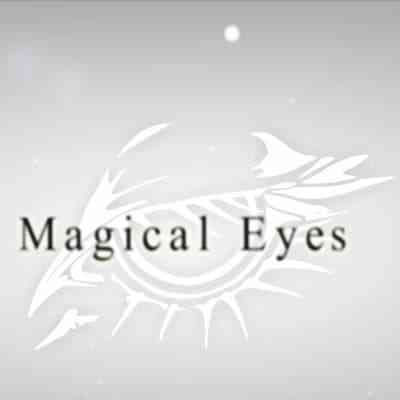