Lost in Harmony: The Musical Odyssey Review – Soundtrack Won’t Save This Hot Mess

Lost in Harmony: The Musical Odyssey has two story modes, each using the same gameplay format. The first story and the one Digixart is clearly most proud of, is called Kaito’s Adventure. The second is called M.I.R.A.I.’s Escape and seems to be strangely forgotten by most of the internet.

The arcade-style rhythm sections are handled by having the commands move in from the left, and laying the X, Y, A, and B buttons in a vertical line on the far right. These rhythm sections are nothing to write home about. They’re not awful, but they’re certainly not revolutionary. Most of the game, though, is spent dodging obstacles on 13 horribly dangerous 5-lane roads. These runner-style sections are a bit messy, but I’ll discuss that with context a bit later. Regardless of the section’s format, I have a warning: Do not try to play this game using the Switch’s touchscreen. Movement using the touchscreen during the runner-style sections is barely worth discussing; suffice it to say it’s a nightmare and the analog stick is undeniably the way to go. The arcade-style sections are where I feel Lost in Harmony dropped the ball on taking advantage of the Switch’s hardware. I expected the ability to complete the arcade-style sections with the touchscreen to be a stellar feature, or at least a decent alternative to the awkwardness of using the X, Y, B, and A buttons on the Joy-Cons, but it ABSOLUTELY is not. The screen’s hitboxes are absolutely minuscule, often leading to accidental selection of more than one button, and leads to awkwardly repositioning to find a decent resting place for your hand. This game is best played on your TV, preferably with the additional space of the Pro Controller (if you have one).

The game’s main selling point, Kaito’s Adventure, sells itself on promises of a gripping, emotional story and a refreshingly novel take on rhythm games. Novel it may be, but an introduction to these novel concepts would not have gone amiss. The game never offers any explanation or warning for any new things it may throw at you. Useful score-raising things in the first level? Not a word. Dangerous incoming obstacles starting in the second? Nada. Flying death eagles coming in hot from the sides? You’d think, but you’d be wrong. Many songs in the game feature rhythm changes. This is atypical for rhythm games, and Lost in Harmony excellently demonstrates exactly why that is. It’s extraordinarily difficult to effectively communicate exactly where the tempo is when it’s in the process of accelerating or decelerating. As a result, the ability to fairly test a player’s skills, namely precision, suffers. Lost in Harmony handles this conundrum in a somewhat troubling way. Precision, a hallmark of the genre, and an attractive force for a large portion of its audience, doesn’t seem to be necessary. Pressing the button corresponding to an incoming command can be done any time after the note has passed the halfway point on the screen.

The game also pollutes the screen with all kinds of clutter, from the friendly twinkly trails on the bottom of the screen to actual bears chasing you, trying to eat you alive. Arrows warning you to watch out for upcoming haybales occupy the screen while you’re still trying to dodge the previous wave of maliciously placed stumps littering the road. Vehicles and animals charge from behind you at breakneck speeds. Eagles and explosive rockets come in from the sides, leading me to wonder why the universe wants Kaito dead so badly. Maybe it’s not Kaito, though. Maybe it’s the girl.

Not Exactly a Perfect Adventure

That brings me to the next issue: the story. I’m not going to beat around the bush here. The story is not good. Now, I want to preface my explanation by saying that the story is focused on a boy named Kaito, but revolves around his friend Aya, a young girl who has cancer. Cancer is a truly horrid illness that has very seriously impacted and killed millions upon millions of people. I know that it is a very sensitive subject for an enormous number of people. This is part of the reason that I dislike the use of cancer as the focus for this game’s story. Cancer is something of an easy target for evoking deep emotional feelings in many different forms of media. The same is true of the use of children as protagonists. It is easier for writers to stir up emotions using these themes. If the writer is bringing an inspired piece to light, offering a deeply considered understanding to the consumer, then, of course, that is fine. However, the use of cancer and tragic events befalling children purely for emotional effect is cheap and tasteless. Lost in Harmony uses everything it can to stir emotion. It uses famously emotional pieces of classical music, twisting them a bit so that they don’t seem so out of place. It offers irrelevant imagery of tragic circumstances like war and the desperation of refugees. It gives a young girl cancer. It avoids using the word cancer because it offers a superficial feeling of complexity for the player to “discover” the nature of Aya’s illness on their own. It takes all of these tropes, sets them to a genre that is typically devoid of story, and calls it revolutionary. Tasteless.

M.I.R.A.I.’s Escape is much less somber in tone than Kaito’s Adventure, and features a robot fleeing to earth to avoid his destruction. Admittedly, the robot is pretty charming (cute expressions and mannerisms). However, the gameplay is identical to that of Kaito’s Adventure, and shares in its flaws. The story shows a similar lack of originality as well, with M.I.R.A.I. being written as an acronym because he’s a robot despite also being the Japanese word for “future,” and the earth being evacuated due to pollution since it is set in the distant future. 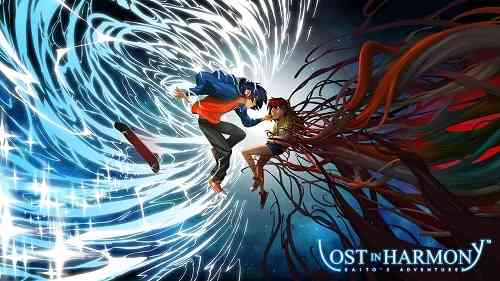