Wreckfest Review – Smashing Into Strangers On The Internet

Wreckfest, originally titled “Next Car Game,” has finally been officially released after four long years of Steam Early Access development. Wreckfest’s engine uses soft-body damage modeling, which increases the realism in the driving and sometimes has the fantastic side effect of bending your car into shapes you didn’t think possible. Out for the PC now, Wreckfest will be coming to PS4 and Xbox One on November 20th, 2018.

Wreckfest is all about options. You can customize your cars from the inside out, switching out different engines and bumpers to maximize your effectiveness in the large variety of different races. For example, the very first race I started in the single-player campaign—which consists of a series of unlockable championships—was traditional, four rounds of three-lap races where sixteen cars battled for the top spot. But the battling wasn’t always so metaphorical: my favorite events were the demolition derbies, which could require specific types of cars or, at their best, a lawnmower. There are many kinds of competitions to enter based on the type of car needed or how many laps are required (you know, like a racing game), ranging from the expected twelve to sixteen car races to trying to stay alive as the only small car surrounded by no less than twenty-three school buses fighting for dominance. Each championship has a different selection of races, which makes unlocking the next one exciting.

Unlocking the next championship is not the only motivation to play hard. Because the game has been in early access for so long, there is a vibrant multiplayer community, and Wreckfest supports community-built mods in its multiplayer games. Demolition derbies are once again the highlight, but there are all kinds of races to be had, and while there aren’t tons and tons of players, the ones that are there are dedicated and know how to have a good time. And prepare, in either the single player or multiplayer modes, to watch your vehicle, whether it be a huge American-made monstrosity meant ram the other players to bits or a delicate European model that floats around corners, end up as paste on the pavement every once and a while. The graphics are good enough to make it a delight, and the whole game has a great soundtrack that really adds to the atmosphere of the racing. 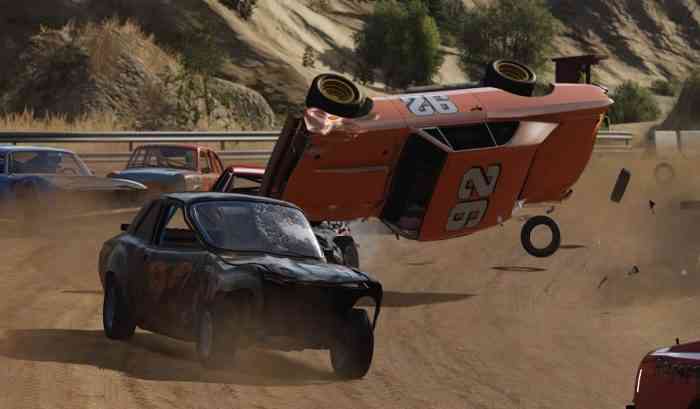 Not everything about Wreckfest is fantastic, unfortunately. I had trouble early on getting the game to recognize my Xbox controller, which meant that I spent the first couple of hours playing with the cramped keyboard, which resulted in a lot of frustration. When I did get it to work, Wreckfest recognized it as a 360 controller instead of Xbox One, but hey, I’ll take it. I didn’t have any problems with the controllers once everything was hooked up, but the other major issue with Wreckfest is a lot more abstract. It’s a fun game, for sure, and it does have some nice differences from the average racing game, like the variety and the soft-body damage modeling, but there’s not much that’ll stop this game from sinking into obscurity considering its current price tag and lack of anything really groundbreaking. Does it make it less fun to play? Of course not. But does it make that working title, “Next Car Game,” a little more ironic? You bet.

Wreckfest is wild, a cornucopia of damage that shines in demolition, dampening the pain of a DNF with the pleasure of watching your car get destroyed in spectacular fashion. It’s a fun game both by yourself, with friends, and especially with strangers on the Internet. However, Wreckfest is also pricey, and any buyer is going to have to balance their desire to get in on the action with the knowledge that they can probably find much of the same somewhere else. 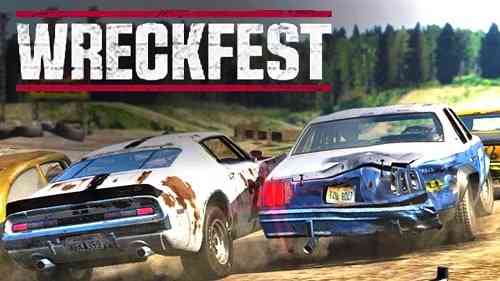 
Wreckfest Arrives on PS4 and Xbox One Next Month