In an attempt to not malign Lethal VR as just another virtual reality title, allow me to first say that the game does have a few original bright spots surrounded by a sea of mediocrity. Lethal VR is never bad, but it’s rarely good. The player is given an assortment of weapons to complete trials consisting of taking out a gallery of targets. Every so often, it threw me for a loop with some original exercises I’ve not yet experienced in virtual reality, but these moments do not make up the majority of the experience. Lethal VR is safe in its approach but sound in its execution.

Everything is set up in increasingly more difficult simulations as the player is tasked with attaining high scores and moving on to the next level. There is a logical ramp up in difficulty however its mission structure is inconsistent. An incredibly engaging exercise can be followed up by a monotonous one. Are you on a high after racing against the clock to take out 5 marked targets scattered all over the play area? Well, your next exercise is to shoot at some stationary targets. I understand that each category of increasingly difficult simulations needs to ramp the player up individually, but there seems to be a disconnect between the last level in one category and the first 2 or 3 levels in the next one. 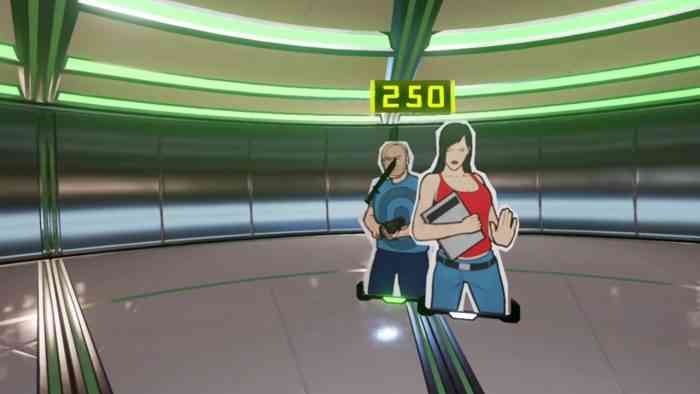 However, the aforementioned bright spots are incredibly immersive from their perfect level of difficulty to their use of Lethal VR’s simple mechanics to turn what should be monotonous objectives into fun levels. Your everyday missions ranging from shooting moving targets blocked by obstacles to dual-wielding a variety of weapons and knives alike are present, but every so often the game threw me for a loop and had me crouched forward determined to pass a level with a respectable high score. To say these moments are fleeting is no exaggeration, but they are there.

“Weapons feel like they should with appropriate force feedback, however at times long range fire seems to not register properly.”

Concerning the actual mechanics of the game, they are just as everything else is: serviceable. Weapons feel like they should with appropriate force feedback, however at times long range fire seems to not register properly. It’s hard to describe, but not only is the accuracy a bit off, but the bullet connection with a target isn’t as satisfying as it should be. Where the mechanics really excel is when you treat it like an actual weapon. Having never tried this tactic, I decided to look down the sights of the weapon with one eye closed, and surprisingly I hit almost every target I aimed for with a single shot. This may not be exclusive to Lethal VR, but I’m going to give it credit for actually working. This is especially useful when you are shooting one target amongst a crowd of targets. 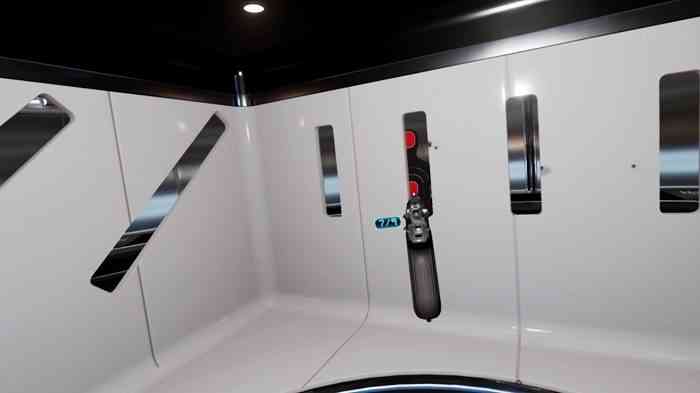 Surprisingly enough, I discovered something else for the first time in VR that, again, might not be exclusive to Lethal VR and that is the use of sound. After immediately taking out a target, my next objective was to hold my breath at a standstill and simply listen to the direction of the next target from the noise it made popping into view. I would then quickly spin my head around, get my bearings, and fire at the target. The sound design wasn’t particularly great, but it is things like this that gives virtual reality an edge over non-VR titles.

“It doesn’t do anything necessarily bad, but its moments of elation are few and far in between.”

Lethal VR is as I expected it to be from a name like Lethal VR. It doesn’t do anything necessarily bad, but its moments of elation are few and far in between. There’s definitely some value in it for those that are new to VR, but I would hope that developers take more risks in their ventures as the landscape broadens over the coming year. But even then, from what I’ve learned about VR and experienced for the first time with Lethal VR – namely the importance of sound and aiming down the sights – there is something particularly special about this simulation. 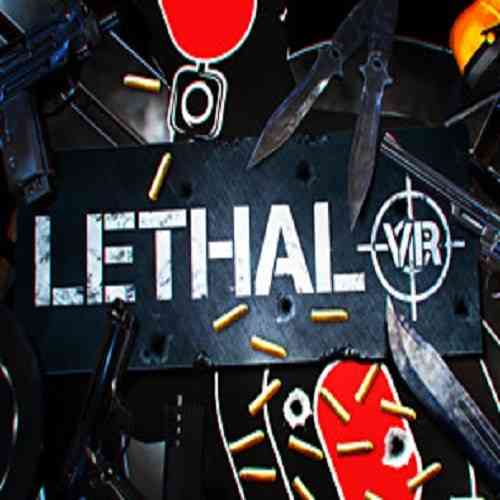