You play a mute beast of a man at the gates of hell. The world is drenched in malicious evil, an H.R. Geiger museum that never ends. A standard ceremony of enslavement goes wrong and it’s suddenly you against the world. Welcome to Inner Chains, a slow and slightly cutthroat excursion into the depths of suffering and horror.

There’s a single diatribe about the tenacious nature of evil at the very start of the game. After that, the story is pretty much what you make of it. Scenes will play out in front of you, things will happen to you and you’ll make your way through the fleshy nightmare realm that is Inner Chains. The whole world has this Eldritch feel to it, a yawning jumble of biomechanical nightmares around every corner. I wish there was more lore to dig through if only to learn more about this world. Floating citadels, fetid sewers, broken moons and other horrors all tremble with secret history. What happened here? Rather than some schmaltz about evil and men and hearts, tell me about this bizarre world I’m wandering through.

You learn many lessons in the start of this game. Not through tutorials, mind you. Instead, the game world itself teaches you how things work. That mass of tentacles hanging from the ceiling? That mystery is solved when you see it eat some hapless fool in front of you. The weapons are demoed by other characters who already own them. You find instruction manuals, but they’re an afterthought. One manual showed me how to use the flamethrower a full chapter after I’d already acquired it. No, this game is certain you’ll figure things out on your own or die. I may have met many gruesome deaths, but I understood why they happened at least. If nothing else, I never felt lost or confused while playing Inner Chains.

“Welcome to Inner Chains, a slow and slightly cutthroat excursion into the depths of suffering and horror.”

Weapons in this game are for puzzle solving, not wanton destruction. Ammunition is crazy scarce, with most stages giving you just enough to complete your task. It felt like no time at all before wasting shots was a death sentence. Complicating your efforts at conservation is the fact that certain switches and blockades take specific kinds of ammo. On top of that, charging stations (where ammunition is replenished) only cater to one particular ammo type. At first, I was at least able to return to charging stations repeatedly in order to keep my supplies up. Eventually, this was no longer viable, as the stations were depleted after a single use. These are weapons that beg to be experimented with, but the critically short supplies make this impossible. 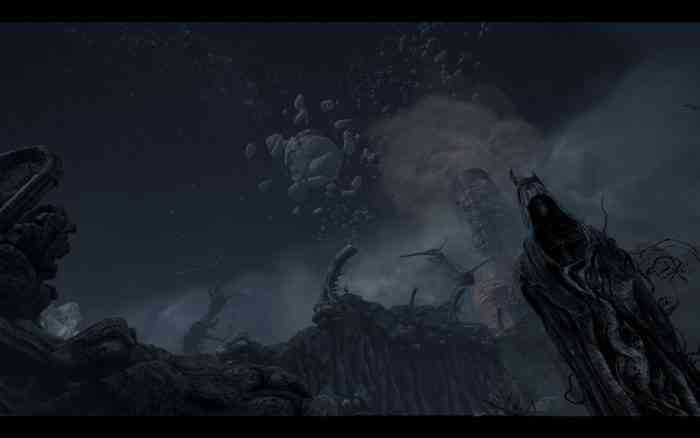 All of this just made me want to move faster. I wanted more freedom, more speed. A slow pace gels properly with a frightening environment, but I didn’t find Inner Chains all that scary. Gross, sometimes, but never scary. Perhaps the broken English featured in the opening monologue deflated the tension for me. Maybe I’m just not fazed by Eldritch horror. Maybe this game is just more unsettling than scary. Most of the gameplay boils down to methodical exploration of vast, over-wrought levels broken up by encounters with uninspiring enemies. It feels like all of this game’s energy was expended on level design, leaving too little for combat or anything else. Even the music feels out of place like they took scores from a series of modern action films and sprinkled them throughout the game.

Rather than feeling any sort of tension, I was mostly bored. Getting killed in battle was frustrating because it meant I had to replay sections of the game I was already tired of seeing. At first, I was entranced by the world Inner Chains presented me with. There was something so intriguing about the environment and its inhabitants. But there’s nothing of substance underneath all of that set dressing and polish. I feel like there could have been an amazing story to tell, but they buried all of it in cryptic diagrams and mute scenes played out by static characters. Perhaps too much energy was expended on the look of this game when more should have been dedicated to game feel and mechanics. A game that plays in a compelling or satisfying manner can easily make up for any shortcomings in visuals. Inner Chains has a distinct gruesome style without anything concrete at its heart. 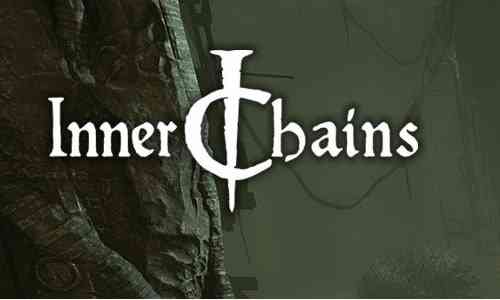