Won’t You Be My Neighbor?

I’ve been keeping an eye on Hello Neighbor ever since the first Alpha test, when public interest really started to peak. The game’s concept is brilliant: a potentially nefarious neighbor hiding someone or something in his basement, the curious guy across the street hearing screams and deciding to investigate while the neighbor skulks around. It sounds like a weird and interesting combination of HGTV and Resident Evil 3: Nemesis, but unfortunately the execution does not rise to the concept’s greatness and the game falls flat.

When the game starts the tension is palpable, as I don’t want this mustachioed menace capturing me and resetting my progress. HIs ability to learn from my mistakes the more times I get caught is an issue as well, so I’m even more worried about running into him. However, once I actually got caught I realized that none of the progress I had made was removed. For example, in the first section of Act 1 the lawnmower I turned on as a distraction was still running, the box I stacked on the shelf to get to the roof remained, and the trash bag I threw in his backyard just to spite this jerk was still there.

This means that the only negative of the Neighbor catching me is being sent back to the starting point, sometimes mere steps away from where I was apprehended. The tension of being caught turned into mere inconvenience no matter how scrambled the screen got when he closed in, leaving me feeling more annoyed than scared. Any “risks” I’d be taking would become trial and error no matter how “smart” the Neighbor would become, which sucked all of the intimidation out of my enemy. Why be afraid of him if all he’s going to do is slap me on the wrist?

“The game’s concept is brilliant, but unfortunately Hello Neighbor’s execution does not rise to the occasion and the game falls flat.”

Of course there were times I wouldn’t have to worry about him catching me at all because dear ol’ Neighbor would glitch onto an obstacle, getting stuck and giving me free reign to explore. Technical issues rise up all of the time in Hello Neighbor, whether they be inconsistent physics or floaty movement. The game gives me enough things to deal with in the Neighbor and his house of horrors, I shouldn’t have to worry about the game’s tech working against me too. The most difficult part of the game is the puzzles scattered throughout the Neighbor’s house, some of which forced me to think so far outside of the box I lost track of where the box even was. There’s a big difference between a puzzle that makes me say “a HA” and a puzzle that makes me yell “holy crap FINALLY, what the heck was that even,” and unfortunately the majority of what’s going on in Hello Neighbor is the latter.

The very first task in the game, for example, is to grab a key from upstairs and unlock the door to the basement, but after getting into the house I realize there aren’t any stairs to climb. How the hell am I supposed to get upstairs then, float? I eventually figured out a way, which required following a wire through the house to a switch which activated a lift outside of the house, but odd design choices like that bring down every puzzle in the game. I want to like Hello Neighbor, I really do. I love the idea of a Rear Window type video game, constantly pressured by an antagonist that could upend everything I’d done in an instant. This game is not what I had envisioned, instead giving me wonky tech and an adversary who’s about as frightening as Barney the Dinosaur when all is said and done. I’m hoping that updates to the game might flesh some of these issues out, but right now the Rear Window is where I want this game to stay.

***Xbox One code provided by the publisher *** 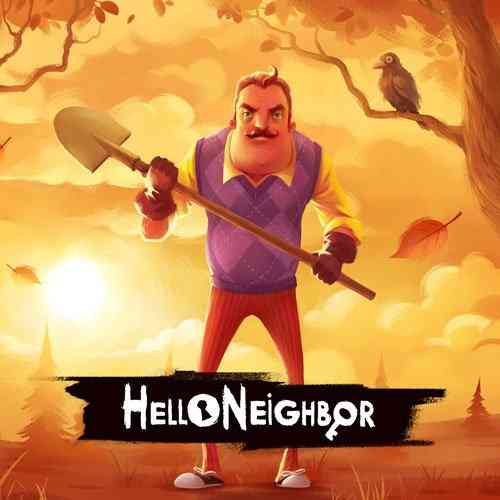