One of the most complicated aspects of Gorogoa is attempting to define it. This game fiercely defies description, a puzzle game that’s also a pop-up book that’s somehow both flat and multidimensional. Another way to describe Gorogoa involves a four-panel window looking into five different worlds. If that doesn’t make any sense, that’s okay. The important thing to take away from all of this is that the game is compelling, touching and beautiful.

Gorogoa is a handcrafted, beautifully-illustrated storybook, but it’s also a puzzle. Every page reveals a new layer to the story. The narrative is powerful without relying on any text whatsoever. The music feels like an extension of the world revealed by the puzzles. The art is flat yet vivid. In fact, a lot of the mechanics rely on this flatness, on layers that slide between one another. At the same time, every frame is a portal of limitless depth, with entire worlds opening as you shuffle panels from side to side. The animation involved is simple, yet suitable. These are artworks which move, characters and creatures that rose from a well-worn sketchbook to find life and purpose on your screen.

“Gorogoa is a handcrafted, beautifully-illustrated story book, but it’s also a puzzle.”

How to describe the story? Five worlds intersect, mirrors of one young man at various points in his many possible lives. A malevolent force seeks to ruin each of these worlds, with only you to prevent this from happening. It wasn’t until three-quarters of the way through the game that I was able to pinpoint how many worlds were being played with. This wasn’t information I was seeking out, however. No, I was content to be caught in the breathless yet careful pace, swept along until the end. Learning the scope of the story was merely an extra note of satisfaction in my overall experience. The full scope of the narrative requires no words to convey itself, in fact, offers no words at all. Every aspect of the story relies on your personal interpretation of the cascading images that make up the game. The only grievance I have with the story, with the whole game, is that I wish it was a little longer. A scant two hours isn’t nearly enough time to spend in this place. You would be forgiven for indulging in multiple, even repeated, playthroughs of Gorogoa. Every passage through these places will reveal a little more, another curious detail, a new aspect hidden in the art. 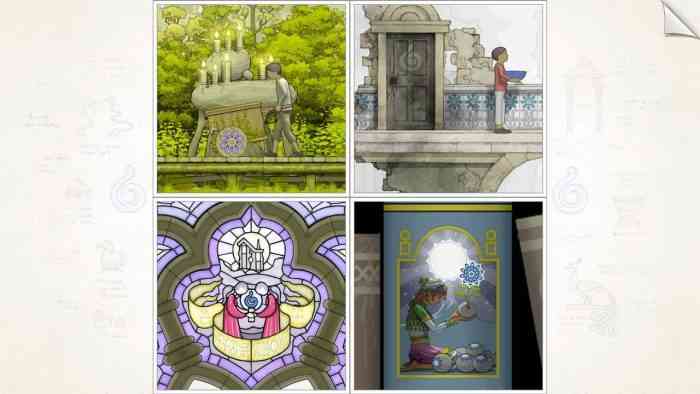 The controls lend tactile weight to your every action, with new worlds springing forth as you uncover them. The puzzle design makes every solution feel like a natural process, yet you still get those a-ha moments that make the game so compelling. Attempting to lay out the mechanics feels like a dissection. If I reveal these secrets to you, it will require digging into a fresh corpse with some stainless surgical tools. Just know that everything makes perfect sense as you progress. Your cursor offers clues as to what must happen next, with hints you can toggle on and off for extra momentum forward. Every puzzle solution involves tactile manipulation of the available resources. There were times when I was tempted to stop and consult a guide. Thankfully I did no such thing, as I was all the more vindicated by solving these problems myself. Also, no guides for this had been written at the time I completed my playthrough.

“I wish that this was an actual storybook, a heavy thing bound in leather and built from parchment.”

I’m hard-pressed to find anything truly negative to say about this game. There were times that my rhythmic explorations were interrupted, that my pace was halted by some particularly tricky section of the game. It could be seen as a fault in the design, that these hidden pathways were so resistant to yield. I doubt it, though. More likely the blame lies with my own weary faculties, my own misfiring synapses. Overall, my time with Gorogoa was brief yet beautiful. I wish that this was an actual storybook, a heavy thing bound in leather and built from parchment. Yet I know that pressing this experience to paper would limit it, would erase certain critical elements. You can’t touch a piece of paper or wood and have it glide into two components, one of which is the portal to a new world. You can’t turn a page and watch the protagonist walk between the illustrations. You may be wary of this game due to its length, due to the weird front it puts up. Ignore these doubts. Don’t let this one pass you by. Gorogoa is a short, sweet, sumptuous puzzle game that captures your heart and unfolds your brain. I emphatically recommend it. 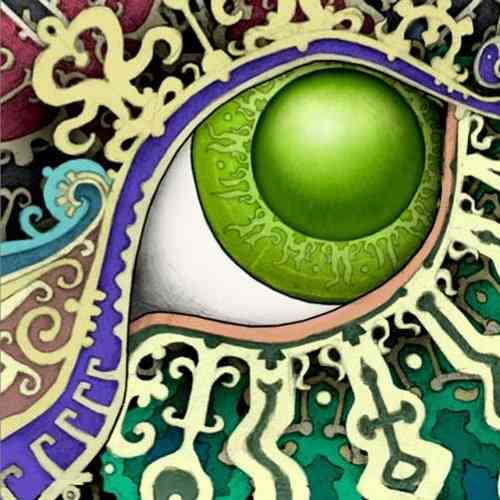