Halo Wars 2 Review – The Epic Return of a Fan Favorite

The original Halo Wars was a bit of a cult-hit when it released in early 2009 as a legitimate console RTS, gaining a hardcore following that would keep the community alive for years to come. It is then unsurprising that 343 Industries and Creative Assembly have doubled down on the multiplayer and focused a lot of their efforts on retaining the longevity the first game had with Halo Wars 2.

Being a primarily campaign player of the Halo games, allow me to quell any fears by saying the sequel’s single-player experience is emphatically good enough to stand on its own. The story follows the crew of the UNSC Spirit of Fire after they wake up from a 28-year long slumber to a new and frightening universe. Halo Wars 2 is a contained story, and the parallels between the human characters in it, in terms of their ignorance of events that took place in previous Halo games, and new players jumping in for the first time is a refreshing break from the lore-heavy stories of the last two mainline game. 343 Industries’ effort to keep the story tight and focused results in a plot that feels equal parts Halo 4 and Combat Evolved.

“343 Industries’ effort to keep the story tight and focused results in a plot that feels equal parts Halo 4 and Combat Evolved.”

There’s an undeniable sense of mystery in the game’s opening akin to the 2001 classic, while also delivering tidbits of information for those who seek it in the way of the game’s Phoenix Logs keeping with Halo 4’s focus on the extended universe. These collectibles detail the many vehicles and unit types that are used in the game as well as story logs that explain the rise of the main villain and journal entries from Sangheili Guard’s questioning the motives of their superiors. Those whose only are only exposed to Halo’s narrative through the cut-scenes and dialogue of the games are missing out on a spectacular universe filled with interesting story beats and fascinating characters, and I would implore anyone who is interested to dive into the campaign logs and experience it for themselves.

The opening missions stray away from the strategic gameplay that makes up most of the adventure, instead opting to lay down the story that will unfold via exploration sections as players get in tune with the control scheme. These sets of missions are a beautiful marriage between gameplay and story. Without spoiling anything, the context of the story and the objectives of the game are in complete tandem and result in a fluid and incredibly satisfying opening hour. Unfortunately, this cooperation isn’t as consistent as I had hoped over the game’s 7-9 hour campaign. One particular string of missions following the intro gets bogged down in mechanics and doesn’t deliver enough story material to keep the affair actively interesting. The best way I can explain it is that it seems the story progresses for the sake of getting the player to do something. Exploring in the beginning makes sense both story-wise and gameplay-wise, but back to back objectives stringing the player along without much narrative progression creates a conflict between what is happening on the screen and what is being told on the plot side. Thankfully, it picks up after a while, and the second half of the game merges the story and the gameplay well while raising the stakes.

“Halo Wars 2 delivers a superb story that ends with a million possibilities on what could happen in future games.”

The game focuses on a Covenant splinter group known as The Banished, led by a Brute warlord known as Atriox. I’ll let you experience his tale on your own, but let me just say the return of the Brutes as foes in the Halo games is possibly the best narrative decision 343 Industries has made in their six years as the makers of Halo. His violent nature coupled with the brilliance and cunning of his ascent to a full-blown galaxy wide threat is spectacular, especially when witnessing it through Blur’s astonishing CG cinematics.

In terms of the actual play experience, I found that different types of missions reveal deeper mechanics and levels of strategy. The exploration heavy introduction obviously isn’t as demanding from a gameplay perspective as the base-building segments that have you keeping an eye on multiple bases and enemy movement paths. Players can build different types of bases to deploy air, infantry, and vehicles units while also upgrading said units to higher levels as the game moves on.

The pacing on the gameplay side is exceptional as missions end and begin at just the right time and the player is given different types of units to mess around with as well as higher levels to upgrade them to. One interesting type of mission involved a prison break segment that started off with a few soldiers and ended with an armada after breaking your allies out of Banished prisons. The difference between these types of missions and the base-building variants is in their use of supplies and energy. While one can build an infinite amount of Hellbringer units to dose canisters of molten lava on enemies, the prison break missions force the player to explore the map and find the limited amount of energy and supplies present. The level of strategy shoots up as now a million decisions must be made on what Leader Abilities to use ranging from healing your army to calling in orbital strikes.

The multiplayer this time around focuses on the all-new Blitz Mode. While players can jump into matches of Team Objective or the ever-addicting Firefight, Blitz offers a unique experience. Similar to Halo 5’s REQ system in Warzone, players collectible Blitz decks to unlock cards that can be used on the battlefield. Up to six players on two teams can go head to head calling in units at any time – provided you have the resources to do so – and capturing objectives to reach the point total. The beauty of Blitz is in its ability to force the player to change their tactics on the fly as random cards show up in their deck. The 3v3 mode is utter madness and one I’ll be jumping into for a long time. While Warzone in Halo 5 feels like a good first step before the inevitable Warzone 2.0, Blitz Mode is almost as good as it can get already. Halo Wars 2 delivers a superb story that ends with a million possibilities on what could happen in future games. It’s contained and focused nature allows new players to jump in and experience some good old Covenant versus human battles that defined the original Halo trilogy. Its return to the classic art style is an encouraging move to set the franchises look apart from other sci-fi games and the evolution of its gameplay and multiplayer modes is sure to keep many strategizing far into the future. The game’s pacing might be the best I’ve witnessed this generation besides a set of missions early on that doesn’t move fast enough. Halo Wars 2 delivers on nearly all aspects and could spell a very bright future for the RTS spinoff in the years to come. 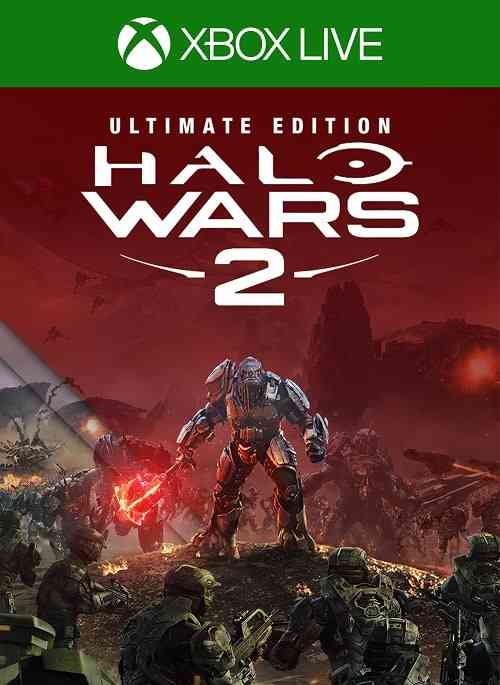 
Alien Isolation Team May be Working on new, Destiny-like Experience