If you’ve been eagerly waiting for Colony, the new Halo Wars 2 DLC, you’ll just have to wait a little while longer! 343 Industries has announced that the latest DLC is currently on hold, as they sort out a few problems within the game. The good news is that the delay shouldn’t be too long! 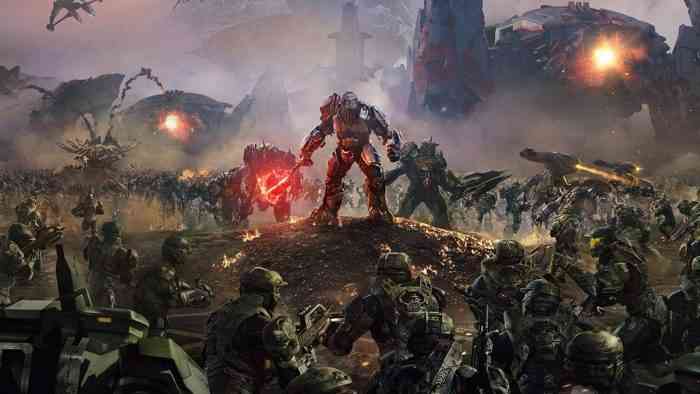 343 Industries stated that the delay for the DLC is caused by a  “game-breaking bug.” This glitch has something to do with the recent Skitter Unit feature within the game. For anyone who doesn’t know, these units are mini-turrets that can attached to the sides of any friendly unit within the game. These turrets are self-targeting, but the developers for Halo Wars 2 noticed that it would start firing with “zero regard to range or sight.” Of course this means that players would be able to auto-target enemies in the distance, making it unfair.

Don’t worry too much about the delay though, 343 Industries has said that if all goes well, the DLC should arrive next week! In addition to this DLC, the studio announced some new requirements for the DLC content which you can check out below.

Halo Wars 2 was released on February 21st of this year for the Xbox One and Windows 10 computers. As this title is currently part of the Xbox Play Anywhere Program, players can purchase the game digitally, and receive a playable version for both the Xbox One, as well as the PC. Halo Wars 2 has a plan in place for the DLC, including monthly releases, with also includes a campaign expansion, as well as new cards, units and leaders.

LEGO Star Wars: The Skywalker Saga May Release in 2021

Halo Infinite Won’t Be Delayed Again According to 343

The Best Indie News & Video Games From The Third Week of August, 2020
Next
A Collection of Unbelievably Hot and Amazing Jessica Nigri Cosplay
Previous
Heroes of the Storm Giving Players 20 Characters for Free Next Week