Halo Wars 2 Struggles out of the Gate

Halo Wars 2 launched exclusively on Xbox One and Windows 10 PC on Feb. 21. Developed in partnership with 343 Industries and legendary RTS maker Creative Assembly, Halo Wars 2 is certainly considered a niche game by many; however, we expected big things. With two heavy hitting developers at the helm and strong review scores, impressive sales numbers should have been a given. Today, we learned retail sales haven’t been as good as expected. 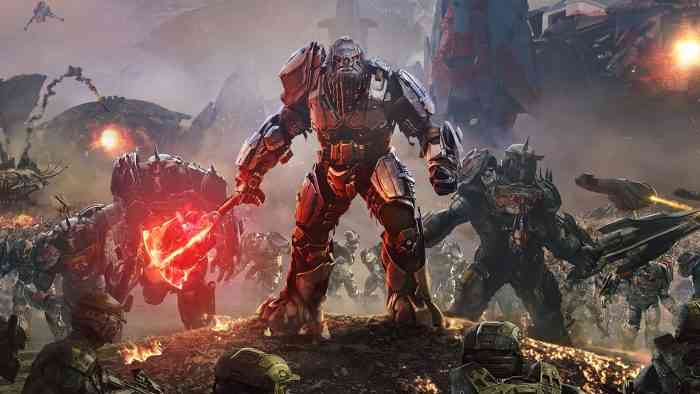 The real-time strategy game from Microsoft and Creative Assembly sold 149,463 units first week at retail on the Xbox One, according to VGChartz estimates. First week sales can be viewed on the VGChartz Global Weekly Chart for the week ending February 25.

Back in February we published our full Halo Wars 2 written review where our man Ahmed said: “Halo Wars 2 delivers a superb story that ends with a million possibilities on what could happen in future games. It’s contained and focused nature allows new players to jump in and experience some good old Covenant versus human battles that defined the original Halo trilogy. Its return to the classic art style is an encouraging move to set the franchises look apart from other sci-fi games and the evolution of its gameplay and multiplayer modes is sure to keep many strategizing far into the future. The game’s pacing might be the best I’ve witnessed this generation besides a set of missions early on that doesn’t move fast enough. Halo Wars 2 delivers on nearly all aspects and could spell a very bright future for the RTS spinoff in the years to come.”

Halo Wars 2 released for the Xbox One and Windows PC worldwide on February 21.


Alien Isolation Team May be Working on new, Destiny-like Experience

Xbox One S Bundles Are $50 off on Amazon Right Now
Next
The Deeply Emotional “Blackwood Crossing” Releases Today on PS4; Tomorrow for Xbox One and PC
Previous
The Newest Paragon Update v39 Keeps the Game Fresh and Exciting