For the King Review

For The King by Iron Oak Games is a cooperative, tabletop-esque, rogue-like RPG that just happens to live inside your computer. If any of those words appealed to you, For The King is right up your alley. I recommend not even bothering with the rest of this review. Just go get it!. Honestly, how long have you been waiting for such an idea to come forward? Too long in my opinion. Still here? Okay, let’s get into it.

I’ll be honest: this game is not in my wheelhouse. I love me a good ol’ RPG, but rolling dice virtually by myself (I had no friends to play with) on a game board just isn’t my jam. It didn’t help that understanding how to play in a very cumbersome UI takes quite some getting used to. However, none of this is to say For The King’s charms were lost on me.

You can play the game in a few ways: you can opt to start out on the standard campaign, jump right into a dungeon crawl only mode, or set out on a for a more frozen journey with icy beasts.  Once you’ve picked your game mode, you’re afforded the opportunity to select classes to take on your adventure (one per player) and can customize their appearance a bit. It’s a fun way to make the game feel more like your own for you and your friends. 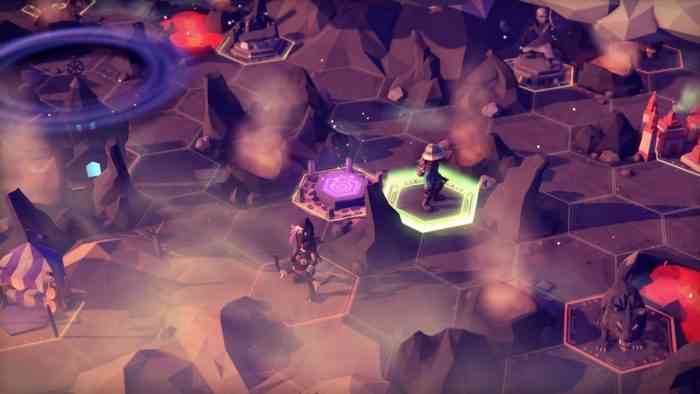 The gameboard then materializes in its dynamic, hexagonal glory with the first player’s turn up for an automatic dice roll. The board is akin to your overworld in other RPGs where you set your destinations and go off to key areas to complete quests and fight monsters. Hexagons with enemies will spring up between turns, sometimes block your path. You’ll also discover new areas of interests that offer chances at certain buffs or even rare loot. To add tension to the proceedings, you will be trying to keep a timer in check known as Chaos. If the Chaos ever gets to high you can lose the game outright. From here, it’s up to you and your friends to thwart baddies and save the world, but don’t let the cute art style fool you. For The King can be a punishing game for newcomers looking for a breezy experience.

The dubious UI is worth calling out here as it can be quite overwhelming at times and often hard to parse. Pop-ups will emerge as you play, doing their best to explain the more complicated concepts of the game while other actions and information that are arguably more important get lost in the clutter. Inventory management is quite a chore as well, as the quality of life improvements other RPGs have enjoyed for years now when it comes to inventory and equipment will not be found here.

Combat is turn-based and very straightforward. In action, it brings back fond memories of early Final Fantasy games and other turn-based RPGs of old. You can really get into a good rhythm during each fight and the quirky animations bring the everything to life. Under the hood how successful you are with any attack depends on dice rolls, which you can spend a resource known as Focus to guarantee. Focus is limited and does not regenerate outside of resting at inns or using specific items, so managing it is key. I often found myself hoarding all my Focus on each character until I encountered a dangerous enemy. I’d then spend it all, guaranteeing hit after hit and boosting my chances to take down the tougher enemies.

And by tough, I do mean tough. After gaining enough confidence to try my hand at the first dungeon, my party fell to a surprise encounter toward the end that I just wasn’t ready for. This creature decimated my group and once a character is slain they stay dead. After a few more attempts from zero, I finally made it past this dungeon only to die again to another surprise. 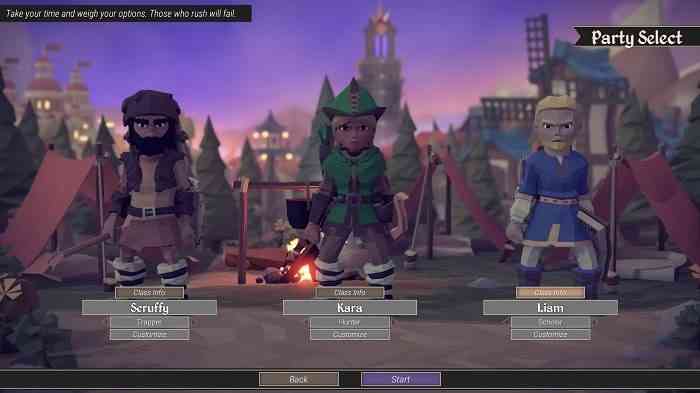 And there lies the rub. For The King, despite its inviting art style, is a game that you need to play and lose repeatedly before you have a real chance of winning. While this will definitely to appeal to many, I found my enjoyment hampered by the many surprises that were popping up without any means to overcome them in the moment. If you’re not fettered by losing, For The King can be quite enjoyable experience and it’s even better with friends. But be warned, you will earn your victories in this harsh world. And you will earn them only through your many failures. 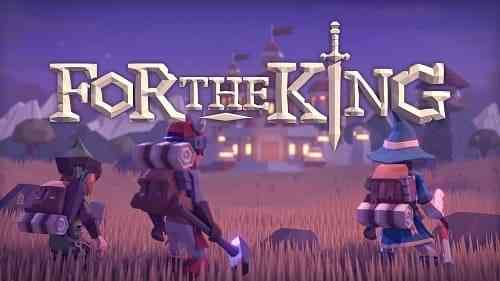