Beginning back in 2006, publisher and developer Capcom first brought Dead Rising to the gaming stage as a fresh new zombie title that would go on to lead a critically acclaimed horror series of hack and slash gameplay condensed to a 72 hour period. Ten years (and a few games) later, Capcom has brought this singular series back into the fold with the Dead Rising Triple Pack – ported remakes of the original game, Dead Rising 2, and its remake: Dead Rising 2: Off The Record. But ten years is a long time, so how does this collection feel on current gen?

Frank West is back and just as tenacious as ever. For those who don’t remember (perhaps you were to slow to avoid the zombie horde?) Frank West gets a tip about an event happening in the small Colorado town of Willamette. Frank quickly discovers just how terrible the event is but keeps his wits about him as he uses everything at his immediate disposal to bash down the zombie horde and attempt to uncover the truth of what happened before his emergency evac, set to land in three days time. Remakes and re-polished games seem to be a trend this last little while but Capcom wisely chose to avoid those terms. This is a direct port made to run a little cleaner on current gen consoles, so for those who demand the best of the best in graphics you probably will lose interest if you weren’t already a huge Dead Rising fan.

“Remakes and re-polished games seem to be a trend this last little while but Capcom wisely chose to avoid those terms.”

It is evident from the first scene before Frank even lands from his helicopter that this is an outdated game, graphically. Frank himself borders on being a believable character and a caricature of the reluctant hero at the same time. The combat – while fun – lumbers along at a pace just a little too slow to compete with today’s faster combat experiences. While the story is compelling – especially given the 72 hour time limit which can force you to try multiple play-throughs – it’s easy to see how this title kicked off an adored franchise, however I feel only nostalgic fans of the series will be interested in this one.

The sequel took what I feel the first game offered and amped it up in the right places. We find ourselves in Fortune City, Nevada, playing a motocross racer Chuck Greene. From the first few cut scenes we can see this game has a lot more depth and pathos for both our hero and the story as a whole: Chuck lost his wife in a zombie attack, and he races for prize money so he can treat his daughter with Zombrex, a medicine that will hold the infection at bay. A zombie rights group has formed called C.U.R.E. who wants to stop the massacre of infected humans. Whereas the first game was putting its foot in the murky waters to test the fan base, this one really flushed out the story and created a deeper connection to the audience. Combat and movement feels marginally better, however the big upgrade here is Chuck’s ability to combine various objects to create more deadly weapons when mowing down the undead. It was a nice addition to the previous model. 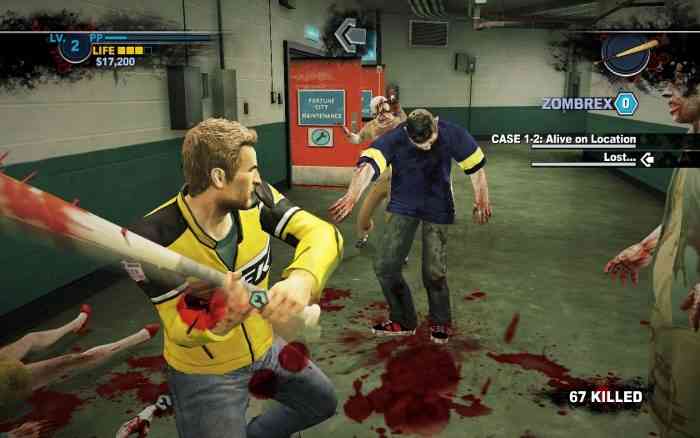 Graphically, Chuck and his surroundings feel a lot cleaner – and they should, it’s been four years since the previous title. Maybe not quite up to the standards of a current gen player, but this definitely is easy to get lost in as Chuck follows the same 72 hour time limit as Frank in his previous outing with one addition: his daughter must have Zombrex every 24 hours. This adds an additional layer of urgency that is both refreshing and a bit stressful if you find you tend to waste your time slicing zombies to pieces for fun. As a port to current gen I feel like this game is a good addition to the library of horror/zombie fans and has a much more compelling story than its predecessor.

Dead Rising 2: Off The Record

I wasn’t entirely sure how I would feel about this one but in the end, Off The Record may just be the best of this trilogy. Off The Record is essentially a duplicate remake of the original Dead Rising 2 with one key change: Chuck Greene has been replaced with the returning Frank West. Through a cut scene we see that Frank had made it big and squandered his fortune, becoming a washed up celebrity with no money to show for his journalistic prowess. Most cut scenes to the game are identical with Frank simply swapped into Chucks place (and in a few cases, a filter over top to look like Frank is watching through his camera) but on the surface this looks like it will play out as the same game, with just a few key differences: First, Frank clearly doesn’t have a child, so why is he competing in the zombie murdering game show Terror is Reality? It seems Frank has been infected – probably during his first venture out – and has been using Zombrex ever since. This is where the familiar 72 hour clock comes into play. But clearly we can’t let Frank get off so easily: Off The Record sees Frank discover the host of Terror Is Reality involved in some shady business, and Frank’s curiosity gets the best of him as he tries to track down and solve what TK is up to. 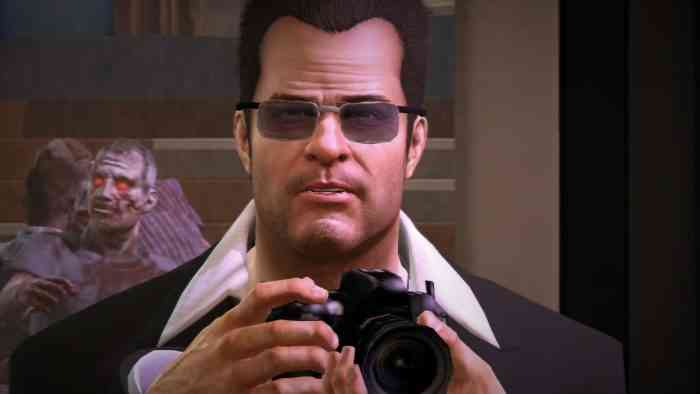 Off The Record came one year later but is essentially a straight port of the original Dead Rising 2, so graphically little has changed. It’s nice to see Frank West again with some more defining features and a properly developed backstory that we as players can connect with. Frank’s combat, as with Chuck’s, is a great improvement on the first game and Frank’s camera makes a return to the series; however, the control scheme feels a bit over complicated to use it as compared with the first title. Off The Record is a fun alternate storyline, but I feel it’s only of interest for those gamers who really enjoyed Frank the first time around.

As a whole, the Dead Rising Triple Pack avoids calling itself a remake and simply brings you the gameplay you love. Each game is great to play in its own right and subsequent titles are each better than the last. This collection should make any horror fan happy. 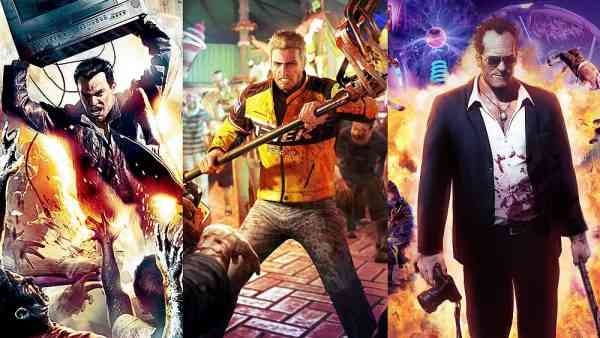