About a year back I wrote about a little project called Block’hood (still spelled that way), which was then in Early Access. I’ve been poking my head back into that world occasionally, and the game has finally seen its full release.

Back then, I talked a fair bit about how watching things advance in games is a strong indicator for enjoyment (this is also still true). I was also largely impressed by the unique nature of the title. So, did it pan out in the end? Is Block’hood the best thing ever? Sadly, things have gotten a bit bumpy for the once promising project.

Block’hood is a building game in which you take a small area of tiles and use a variety of resource blocks and panels to construct ‘hoods’. The trick is keeping the ecology and balance of your hood in check – each block has specific requirements and outputs, so brute forcing your way to anything resembling a functional city simply isn’t an option. This core balancing act is still fun and highly satisfying. Figuring out new combinations of blocks and building something that’s absurdly cool looking is undeniably exciting. Part of the reason for that is synergy – a tree placed next to water is more functional, for example – so fitting all those puzzle pieces together and ending up with a society that sustains itself is the holy grail of sandboxing in Block’hood.

That said, once you’ve discovered the grail things become somewhat less exciting. There’s a reason Indiana Jones rode off into the sunset at the end of The Last Crusade – he’d uncovered everything. I found myself feeling that way after a few hours with Block’hood as well. I’d found combinations that worked, and didn’t feel much motivation to try new things when old solutions were still perfectly serviceable.

“I didn’t feel much motivation to try new things when old solutions were still perfectly serviceable.”

Sure, there are challenges to complete where resources are limited, but I didn’t feel like these flipped the script quite enough to keep me fully engaged.

I quite enjoyed the Story mode component of the game, which acts like a tutorial in some respects, but is also heavily geared towards topics like ecology and entropy. The writing is mostly pretty sharp, it looks striking, there’s a talking pig, and in concert with the (quite beautiful) scoring, I found myself considering how I affect the world around me more than I usually would playing a game. All that introspection and interesting construction comes to a screeching halt at regular intervals though thanks to the game’s stability issues. I encountered numerous progression bugs while playing story mode where the game refused to acknowledge that I had completed a task – particularly annoying when you can’t actually save during a chapter of the story. It didn’t take long for that to get real old.

Sandbox mode seemed buggy as well, with the game locking up on occasion and misrepresenting things in the resource screen nearly constantly. I’d have blocks that should be fine according to the numbers decaying, or numbers displaying incorrectly, which hampered my enjoyment of things pretty seriously. In a lot of ways Block’hood seems confused about what it wants to be. The vibe is very casual in that I feel like sitting down and building something interesting, but the ecological and structural mechanics likely raise the barrier of entry a bit too high for that crowd. For the hardcore builders, that same barrier to entry is the same problem – once you’ve broken through the cloud layer, there’s not much else to learn or do. I desperately wish Block’hood had a few additional layers of mechanics that would appear once your hood reaches a certain size. Having more things to consider in the late game would require a more strategic approach to all stages of construction.

As it stands Block’hood is a mostly competent builder, but don’t expect to sink dozens of hours into your pièce de résistance. What you should expect is to be frustrated by bugs, crashing, and hang ups, and dazzled by the unique visuals and silky smooth score. If that sounds like what you’re looking for, you can download Block’hood on Steam. If not, you might find something like the excellent Cities: Skylines is more what you’re looking for. 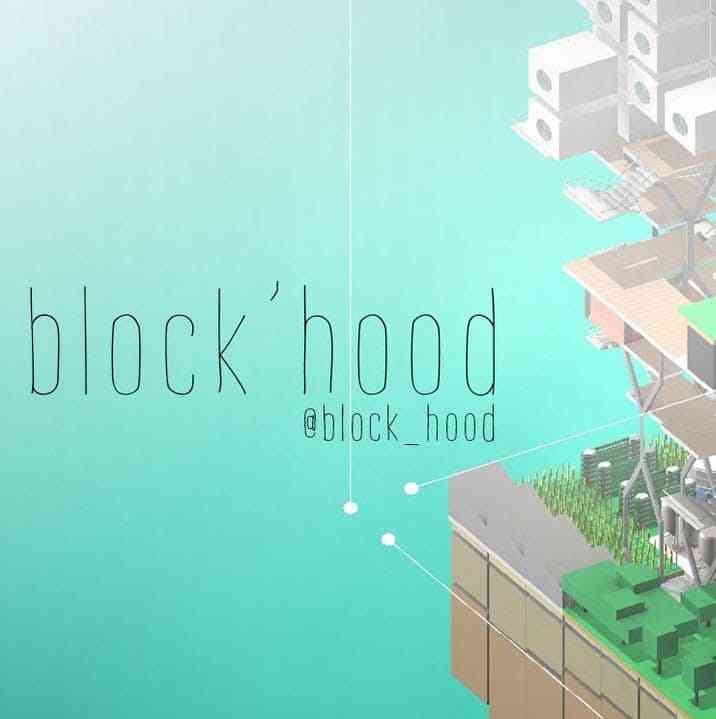 The Sims 4: Realm of Magic Review – We’re Off To See The Wizard
Next The Walking Dead: A New Frontier – Ep 5: From the Gallows Review – Satisfaction Guaranteed
Previous Inner Chains Review – Slow Boat to Hell