A little over a month ago, I had the opportunity to preview Anna’s Quest and instantly adored the various elements within it. You can check out the preview HERE. Its creative mix of simplicity, black humour, and embodiment of the classic point & click adventure was enough to get me excited for the game’s eventual full release. I now get to revisit the world of Anna’s Quest through its final build, the version the rest of the world will humbly experience.

In Anna’s Quest, Anna, the main protagonist in the story, goes on a quest to find a cure for her grandfather’s illness. What makes this quest peculiar is that Anna has led a very sheltered life with her grandfather and barely knows the darkness that lingers outside her home. Nonetheless, Anna’s determination and love for her grandfather drives her to leave the confines and safety of her home and venture out to find the needed remedy for him. Unfortunately she hits her first roadblock right away as a witch, named Winfriede, abducts her and performs an experiment on her. Although being the subject of an experiment isn’t very pleasant for Anna, she does obtain the power of telekinesis as a result, which serves as a unique and key feature throughout the game.

While Anna’s Quest’s foundation is of the classic point & click adventure, the various elements, and how these elements are presented, is what make the game unique. You’ll explore the world by using your curiosity to inspect the environment, solve puzzles, and you’ll also use your newfound telekinesis to overcome the various obstacles you encounter throughout the game. Interacting with other characters to form friendships while you gain more information, or even to obtain an ally, are ways that the world of Anna’s Quest can expand. Through the various exploration methods, more abstract and deeper messages behind the story start to unfold that not you would expect. You’ll also gather items to combine with one another, use in the environment, or fulfill requests/requirements to get you one step closer to obtaining a cure for Anna’s grandfather.

“There is something beyond the innocence presented by the dialogue at face value that shows to be quite profound and hold much more weight.”

At times the game does get tricky, so expect a challenge from time to time. I encountered situations where I didn’t anticipate certain items needed to combine with each other or there were cases where I had to follow a specific sequence to progress through the game. Although the main focus of Anna’s Quest is its unique and compelling story, characters, and atmosphere, its gameplay isn’t the least shabby. It may be viewed as quite basic, but it does feel very fitting as a package with how the game is presented. You could say its simplicity at its best.

The dialogue doesn’t use overly complex words to stump you or have you look up its definition. Instead, it’s straightforward, easy to understand, and conveys what it wants to in a fairly simple and concise manner. In addition, when mingling with other characters, you have choices between certain questions or inquiries that Anna can ask about important information needed or to learn other mysteries within the world of Anna’s Quest. Not to mention, throughout your adventure is the occasional presence of black humour that adds to the creepiness of the game and may even give you chills.  There is something beyond the innocence presented by the dialogue at face value that shows to be quite profound and hold much more weight. The art style in Anna’s Quest is simple, enticing, and just downright loveable. It’s just as admirable as its dialogue and perfectly fits the presentation. Even with its simplicity it is capable of expressing each character’s personality and particular aura that adds to the overall mood and experience. With its peculiar, charming, and fairytale-esque ambience, Anna’s Quest manages to create a unique and memorable world all on its own.

“With its peculiar, charming, and ‘fairytale-esque’ ambience, Anna’s Quest manages to create a unique and memorable world all on its own.”

Anna’s Quest embodies the classic point & click adventure gameplay, but mixes in its own art style, unique atmosphere, and a healthy dash of black humour. At face value, Anna’s Quest might not seem to entail much, but that’s far from the truth. Underneath its simplicity resides a well-thought-out and alluring concept that makes it a must for point & click adventure game fanatics to experience. Don’t second-guess Anna’s Quest, there’s more than what appears at face value.

***A Steam code was provided by the publisher for review purposes*** 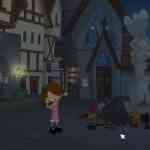 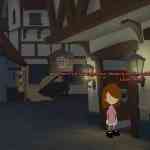 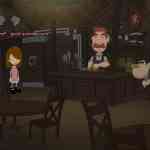 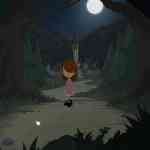 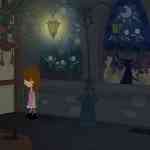 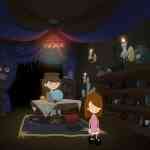